Yashwant Sinha is an excellent choice as Opposition’s Presidential candidate 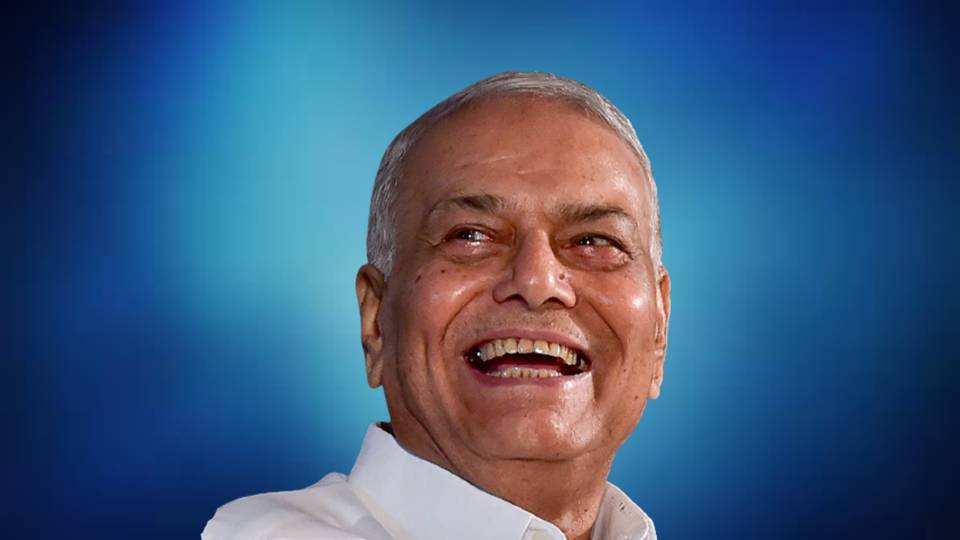 What should someone do when they participate in an unwinnable race? Well, they must go the Congress way, or more apt to say, the Opposition way. The Congress has set a mark for the Opposition parties of India regarding the practice of gaining the media attention and becoming the talk of the town without even being a contender. The same pattern can be witnessed in the upcoming Presidential elections by the Opposition’s choice of Yashwant Singh as its joint candidate.

However, as predicted by TFI, the NDA alliance chose former Jharkhand governor Droupadi Murmu as their candidate for presidential polls. After the elections, Murmu will be the first President of India who hails from a tribal community. The selection of a candidate hailing from the tribal community has put the opposition in a dilemma. Being a strong administrative leader, her origin adds strength to her candidacy. While NDA has placed an easily winnable bet, the Opposition has made an excellent choice by choosing Sinha as its candidate.

The Opposition is riddled with difficulties and there is no hope that they can secure a win in this poll. The situation of the opposition is so pathetic that a man with no political affiliation other than being grandson of C Rajgopalachari, Gopal Krishna Gandhi refused their candidacy. But the man who has neither retired nor is tired, lapped up the opposition’s lack of candidates.

Yashwant Sinha, the already jobless man, who was passing his time in Mamata Banerjee’s TMC, saw a great opportunity to fulfil his hunger for attention. The way before forgotten ‘politician’, grabbed the opportunity to satisfy his cravings for attention, as Sinha has always been overambitious and always rants for more than he deserves.

The Opposition, may not be smart enough to crack the codes. However, the opposition has made an excellent choice by allowing Sinha to fill the vacancy and be the opposition’s presidential candidate. As Sinha is what the opposition needs the most, a factor that has the potential to grab eyeballs and some media attention.

Read More: A Late but a Befitting, Unerring and Pointed Rebuttal of Yashwant Sinha’s Rants

How Yashwant Sinha will benefit the Opposition?

Yashwant Sinha has always been a newsmaker for innumerable instances, from his voluntary retirement to his refusal of ministry in greed for cabinet berth. Yashwant Sinha has a history of ranting and grabbing headlines for the same. Sinha is the man who can be termed as an opportunist other than just being a newsmaker.

He is the same, who shifted allegiance from VP Singh to Chandra Shekar. From maintaining closeness to Lal Krishna Advani for revival of his political career to his retirement from the Bhartiya Janata Party in 2018, every aspect of Sinha’s life is an event. Sinha is such a desperate man that first he left the party for more active political role at the age of 80, and now he has again turned a job seeker at the age of 84, deceiving the party that shielded an 80 year turncoat.  All of this for being a part of the public discourse.

The bureaucrat turned politician, has always had a habit of messing things around him and due to this habit he has reduced himself into a laughing stock. Choosing Yashwant Sinha as their candidate has exposed Opposition’s lack of options. However, Yashwant will make sure to rant and keep the opposition in news for no good reason.