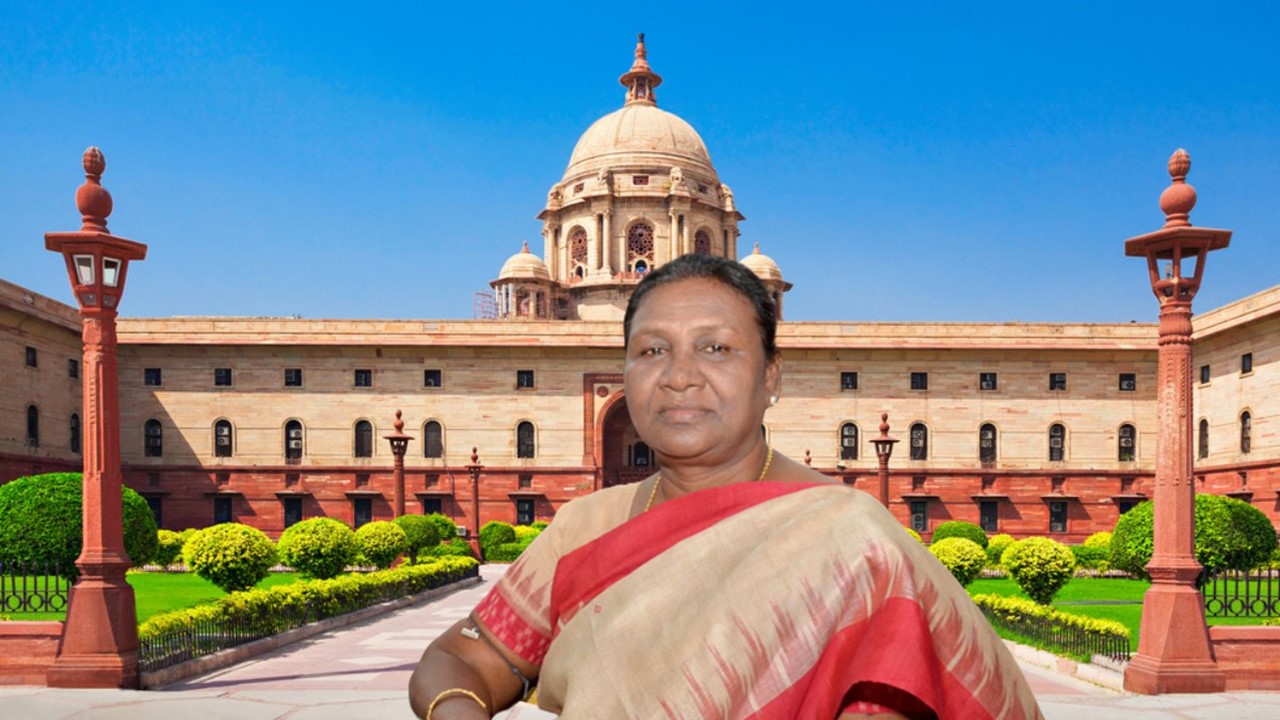 Hatred against the continuing Indian Civilisation is deeply ingrained in the Islamo-leftist cabal. They can’t digest the success of self-made persons and indulge in name-calling and whatnot. Also, when someone performs age-old practices of Dharma, they start feeling jittery and demonstrate their vile characters. The latest heartburn for the ‘clique’ coterie can be witnessed from their disgraceful, cliche and retarded commentary on the soon-to-be Honourable President of India Droupadi Murmu.

From a very humble background to soon-to-be the First tribal President of India, Shrimati Droupadi Murmu has charted an inspirational journey. Once elected to the highest office of the country, she will be the first President from Odisha and the only second woman President to hold the esteemed office. Hailing from the Santhal tribe she will be a living embodiment of the upliftment of the tribals and motivate them to pursue academic careers.

Read More: Let us announce the result of the Presidential polls even before NDA declares its candidate

Born and brought up in the small town of Mayurbhanj in Odisha, she completed her education from Rama Devi Women’s College, Bhubaneswar. Then she did selfless service as a school teacher. She took a plunge into politics and became the Councillor of the Rairangpur civic body in 1997. After that, she never looked back and kept herself engaged in the service of humanity. Along with it, she kept climbing the political ladders. From MLA of Rairangpur in 2000 to being awarded the “Nilakantha Award” for Best MLA of 2007.

She has served in several portfolios in the BJP-BJD coalition government in Odisha. From 2000 to 2002 she served as the Minister of State with Independent charge of Commerce and Transport. From 2002 to 2004 she was the Minister of Fisheries and Animal Resources Development. She is the first woman Governor of Jharkhand. She is the first woman and tribal leader from Odisha to be appointed a governor in an Indian state. She is the only Governor who completed the term of five years in the history of the mineral-rich state, Jharkhand formed in 2000.

The aforementioned qualifications are just a few of her noteworthy deeds. Her illustrious career will be helpful when she takes the oath of the Presidential post. But privileged class and self-anointed certifiers of talent and skills are writing her off as a Sanghi, rubber stamp and other derogatory slurs. Several propagandist outlets have even published articles on why even academic qualifications and her vast administrative experience don’t matter. They have termed it as a loss for the tribal community and only a success for the Sangha pariwar.

By nominating Murmu as its presidential candidate,the Sangh has completed its last leg of appropriating all of India’s major identities By Vivek Deshpandehttps://t.co/gsZQaACZyP

If the new President is a Bhagwa, it won’t be any different. 👇#DroupadiMurmu #presidentialelection2022 pic.twitter.com/2QBMyJ4sG2

Some poor champs need classes on polity and what the Republic means.

PRESIDENT is a costly rubber stamp of poor people.

It takes another level of hatred to open a new account just for this.

A vile twitter handle MSMscarecrow has gone bonkers. It is indulging in a spree of hatred against her candidature even stooping low and using casteism.

#DraupadiMurmu is UNFIT to occupy #President seat.
Being a #Sanghi, she deserves a floor cleaning job in #RSS office. https://t.co/NSYD1q22Ro

Her routine affair of praying to Lord Shiva looks pliable, guess to whom?

https://t.co/maGYVAfpYE if a personal propitiation of gods, photographers need not have been around. instead, the prospective president being shown her place, subordinate to the high caste that mediates with gods: as was 2k yrs back. her self-introduction broadcasts pliability

It is good to see that time has changed and leaders are not scared to practise their Dharma and wear it on their sleeves. Her prayers to Lord Shiva and Nandi ji will act as a death nail against the conversion rackets luring tribals into their folds brainwashing them as non-Hindus and indiscriminate identity.

Few twitter users have highlighted these points of being unapologetic Hindus as to why India needs a President like her and the hypocrisy of the so-called liberals who flashed women empowerment in the appointment of Kamala Harris as US VP and are silent on a tribal woman to-be President of India.

Elitists’ reactions to #DraupadiMurmu is EXACTLY why we need a President like her.

Yet to see any woke cheering #DroupadiMurmu & calling her candidature as women empowerment but Harris becoming Vice President of USA was the dawn of new Era for them. #presidentialelection2022

Also Read: All elections in India are now being fought in a presidential-style, parties which do not declare a CM face are set to lose

Her vast experience coupled with the meltdown of the liberals proves why every deserving Individual like Honourable Droupadi Murmu should be alleviated to the highest offices in India.