The inside scoop of Operation Lotus that toppled Uddhav government 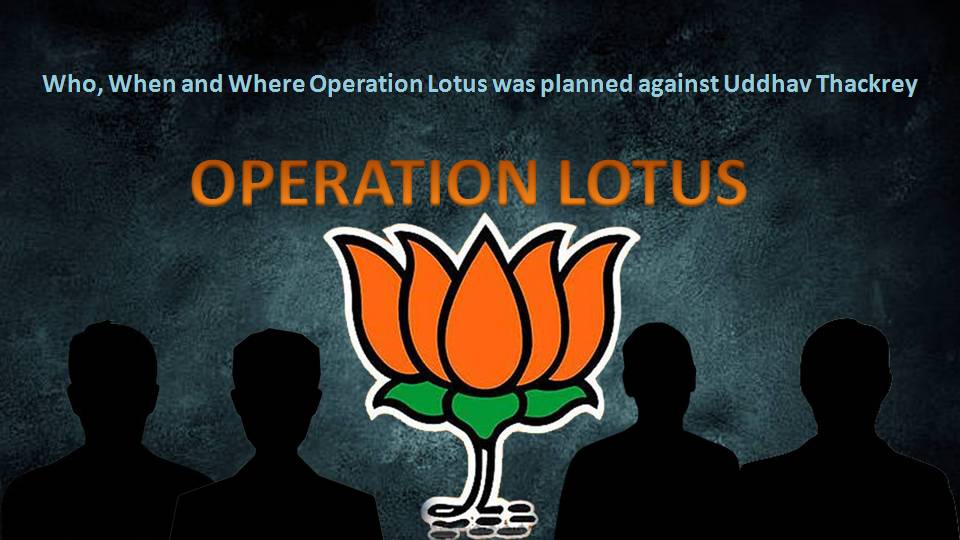 The ideologically divisive MVA coalition government had it coming. The grouping made of diametrically opposite parties of the political spectrum is finally coming towards its logical conclusion. But it was not easy. Even if someone is on the verge of suicide and is standing at the edge of a cliff, they need a final push. For the MVA government, Operation Lotus, a quite recurring theme of Indian politics, did it. But, while faces at the front are hogging all the limelight, we are here to give you all an inside scoop of Operation Lotus.

According to the reports available in the public domain, as soon as it sniffed an opportunity, the BJP devised a two-pronged strategy for stabilising Maharashtra politics. When such types of rebellions occur, the imminent risk for the ruling party is that of the MLAs going off radar. On the other hand, opposition parties want to ensure that they take those MLAs on board.

This is where C R Patil played a key role. The Gujarat BJP chief ensured that the MLAs dissatisfied with the Uddhav Thackeray government got a grand welcome in Surat. They were already risking their whole political career by flying under the radar of Sharad Pawar. C R Patil cancelled his itinerary and rushed to Surat to welcome Shinde and his brethren. He ensured that these MLAs do not fear for their lives and can think freely. Reports also mention that he personally met Eknath Shinde in the hotel.

Patil then handed over the responsibility to Himanta Biswa Sarma, the Assamese firebrand boy of the BJP. All these MLAs along with Shinde were then flown to Guwahati. At the Guwahati airport, Sarma sent Sushanta Borgohain, a BJP MLA to welcome them. Himanta Biswa Sharma added an extra layer of security to Shinde’s team by personally visiting the Radisson Blue Hotel in which they were staying.

The next part of the mission got taken over by two key BJP members. One of them is CT Ravi, National General Secretary and party in-charge of Maharashtra, Goa, and Tamil Nadu. The background force behind the current BJP government in Goa is constantly in touch with these MLAs, carefully listening to their demands.

Ravi is constantly talking to Bhupendra Yadav, a Union Minister and Rajya Sabha MP from Rajasthan. He is vastly experienced in handling internal issues of the party. He has handled elections and organisational issues among others. Yadav is said to have quite a handy legitimacy among big heads of Indian politics. He is someone whom the leaders listen to. That is why Bhupendra Yadav and CT Ravi have been handed this responsibility. It is now up to those two to bring them to the table.

Modi-Shah duo did the magic

However, all of this could not be made possible without the able leadership of PM Modi and Amit Shah. Additionally, BJP’s organisational clout built over the last 2 decades also deserves a lot of accolades. During their days in Gujarat, the Modi-Shah pairing had laid out a long-term plan for the national expansion of the BJP.  The duo has ensured that BJP stays a strong force on the ground. Their strategies are second to none.

Just like Chanakya spent his primitive years building a strong organisational base of Chandragupta’s Army, Amit Shah has also been doing the same for the last 2 decades. He has been the brain behind BJP increasing its on-ground presence in the hinterlands of the country. Otherwise, a few years ago, you could not even think of Guwahati safely hosting such a large number of rebellions. The loyal cadre of the BJP made this humongous evacuation possible. Let me explain

Loyality is the biggest factor

These kinds of opportunities keep coming and going. Often the chief ministers are incompetent, due to which various MLAs develop a feeling of discontent over time. They start revolting and often due to lack of enough support they go back to their original fold. Amit Shah changed that. Whether it was in Karnataka, Madhya Pradesh, or Goa, Amit Shah ensured that BJP takes advantage of the slightest of hints.

Just like how C R Patil and Himanta left everything and rushed for the party’s cause, other leaders did the same as well. MLAs were talked to and negotiated with so that their demands could be properly understood and they could be brought under BJP fold.

Read more: There is a high probability that BJP will topple the Uddhav Government in the next 48 hours

The word ‘Operation Lotus’ first came to the fore in 2008. G. Janardhana Reddy, former Karnataka Minister is said to have devised this strategy. However, it was the Modi-Shah duo who adopted the strategy in full might.

While some did fail, BJP was able to form its government in Arunachal Pradesh, Goa, Uttarakhand, Karnataka and most recently Madhya Pradesh. Maharashtra is soon going to be another jewel in its ever-evolving crown.

Support us to strengthen the ‘Right’ ideology of cultural nationalism by purchasing the best quality garments from TFI-STORE.COM