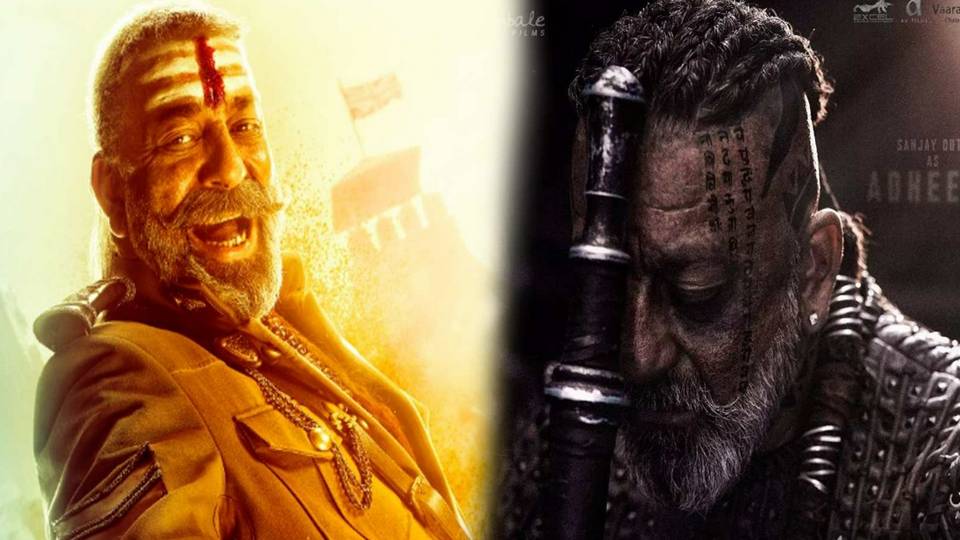 “Mera beta koi guzra hua waqt nahi hai ki joh laut kar wapas nahi aa sakta.” Paresh Rawal’s dialogue in Sanju had left the cinemagoers misty-eyed. If you have seen the movie, you’ll know that the dialogue was spoken in reference with Sanjay Dutt’s career. We must agree that the way Khalnayak actor has bounced back after he was out of jail is commendable. Yet, the character and movies he chose in the last 5 years were over the top and definitely the most irritating ones. Let’s analyse his performances in the last 5 years.

From Kalank to Shamshera

Remember Kalank which was released in 2019? The movie was so bad, that even films like ‘Thugs of Hindostan’ and ‘Zero’ looked handsome in front of it. Despite having a plotline with some potential, the characters of Sanjay Dutt and Madhuri Dixit were extremely underutilised.

Then came Panipat, in which he played the menacing role of the barbarian Ahmad Shah Abdali. However, he was cast to make the villain look harder. Sanjay Dutt is a fantastic actor and has a phenomenal screen persona while Arjun Kapoor struggles in both the departments. However, the movie revealed how Arjun Kapoor failed to justify the character and Sanjay Dutt looked irritating as the villain.

Then came, Torbaaz, a story of hope, which helped a group of children in Afghanistani refugee camps dream and strive for a bright future. Sanjay Dutt played the lead in the movie and did a terrible job.

While you may think that Sanjay Dutt’s characters in the above movies were over the top, here we are going to talk about his most irritating character in the recently released KGF 2. Sanjay Dutt played the role of a deadly villain named Adheera.

Talking about his character Adheera, the actor had said, “This character is as strong as Kancha Cheena was in Agneepath. But where the character is different is his unpredictable nature. He has a different look and a challenge. Adheera is out there to rightfully claim back KGF. He is right in his own way that he wants his kingdom back.”

However, Kancha Cheena didn’t look over the top while Adheera was far away from reality. To be honest, the character wasn’t convincing at all and Adheera didn’t even come as a surprise as we have already seen Sanjay Dutt playing such characters before.

Now, he is back playing the antagonist in the upcoming Ranbir Kapoor starrer Shamshera.

The Munnabhai MBBS actor will soon be seen playing the character of yet another antagonist – Sher Singh – in the film Shamshera. He will be sharing the screen space with Ranbir Kapoor for the first time. Sanjay recently expressed during an interview that he was thrilled to know about the casting coup in Shamshera. He says, “It is also quite interesting that I’m pitted against Ranbir, who played me in Sanju. So, the on-screen enmity between him and me becomes all the more interesting for people. Ranbir is a brilliant actor but this film sees him in a new gaze. His boyish charm is inimitable, but in this film, he is a man who finds his footing and looks glorious on screen.”

“It is always exciting to play the antagonist because you get to bend the rules, break the rules. I realised that when you play the antagonist, there are actually impositions or moral boundaries. You can be disruptive. You can take a character from paper and play it the way you want to. I have a lot of fun when I play an antagonist and I’m fortunate that people have loved my performances as the nemesis of a hero so far,” he added.

It is interesting to note that Sanjay Dutt’s most memorable performances are the ones where he has played morally complex characters. Be it his 1993 movie Khalnayak or Hrithik Roshan starrer Agnipath, the cinemagoers have loved the actor wholeheartedly.  This is probably what led him to take on larger-than-life characters.

Dutt made a spectacular entry in Hindi cinema with 1981 film Rocky and later was seen in the films such as Vidhaata, Imaandaar, Jeete Hain Shaan Se, Ilaaka, Taaqatwar and Thaanedar. But his character Ballu in Subhash Ghai’s super hit Khalnayak made him the star he is, today.

However, there is a difference between his roles in Khalnayak and Shamshera. We’ve witnessed a pattern in the last few movies of Sanjay Dutt. Every character offers you almost the same screen presence, acting skills, and voice modulation. This is what makes us believe that Sanjay Dutt, in the last few years, has played the most nauseating characters of his career.