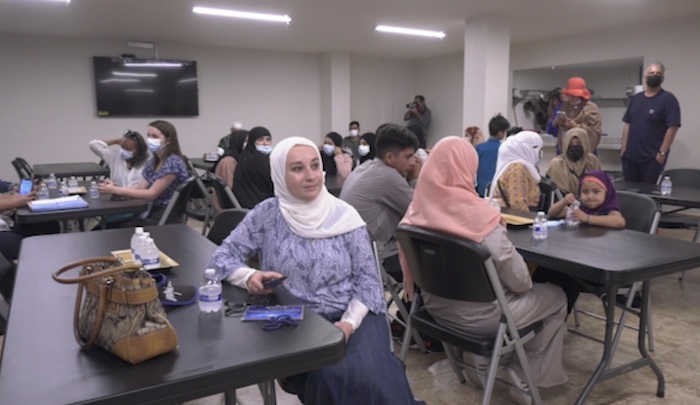 What could possibly go wrong? Well, so far this year, 50 people on the terror watch list have been apprehended crossing the border. Celebrate diversity!

TIJUANA (Border Report) — A shelter for Muslim migrants opened over the weekend in Tijuana, the first of its kind in all of Mexico.

The Latino Muslim Foundation, based in San Diego and Tijuana, raised half a million dollars to make the facility a reality….

“Being on one of the largest borders in the world, this is a source of pride that we’re here able to help people arriving at the border,” said Sonia Tinico, president of the Latino Muslim Foundation. “We’ll be able to provide shelter for Muslims who are seeking to get to the U.S. or Canada.”

“They can pray here and have halal meals that don’t have pork since we don’t eat pork,” she said. “We’ll have separate areas for women and men.”

Tinico also stated the migrants will be offered psychological and dental assistance along with workshops to help asylum-seekers get familiar with North American culture and customs….