India doesn’t have an ambassador from America for the last 18 months, which explains Biden’s myopic vision 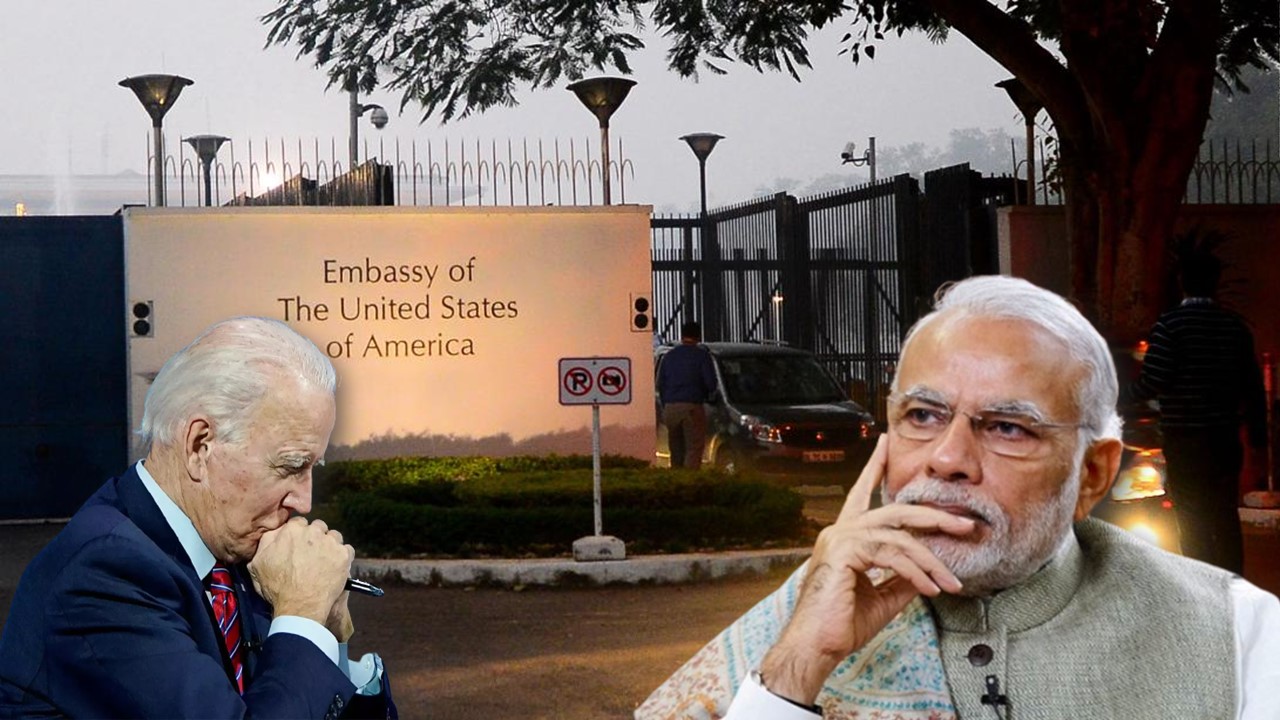 In the past some years, the world has found out the true importance of India. It is evident that India is emerging as a superpower capable of strengthening its footprints in every sphere of development. Amidst all this, an economy gapping its partnerships with India can cause a huge loss to all the world economies. A rift created by the US against India can be the initiation of this loss.

According to the data collected by the US-based think tank Center for Strategic and International Studies (CSIS), for the last 18 months, India doesn’t have any US ambassadors. The position has been vacant for a long time. Resultantly, marking it as the longest stretch ever with no US ambassador to India.

This shows that since the oath-taking of the Biden administration, the US is incapable of appointing any ambassador to the world’s largest democracy. With the appointment of Joe Biden as the US President, Kenneth Juster became the last US ambassador to India so far.

The term of the previous US envoy, Kenneth Juster, came to an end in January 2021. Since then, there have been four interim Chargé d’Affaires, Donald Heflin, Daniel Smith, Atul Keshap, and Patricia A. Lacina- who is currently managing the tasks. After Kenneth I. Juster, the United States of America tried to embark on a new record of not appointing any US ambassador to India for 18 months. And the vacant gap seems to be moving ahead by breaking all the records.

This is not the first time that the US is delaying the appointment of an ambassador to India. The second-longest gap previously for US ambassadors to India was 16 months, when Thomas Pickering departed in March 1993 and was replaced by Frank Wisner in July 1994. During the same time, the US and India relationships were facing difficulties over the Kashmir issue.

Why an ambassador is important?

Ambassadors are the officials responsible for carrying out various responsibilities to boost foreign relations. They are basically appointed to build strategic, trade, military, and cultural relations in order to fulfil the needs of their home country while maintaining a positive relationship with the other country.

They are also described as diplomats who work in a foreign country while retaining their citizenship in their own homeland. A positive relationship in terms of trade and merchandise can improve a country’s economic growth and this is indeed the efforts of ambassadors.

Building smooth and strong relations help create a support system that can be significant to a nation in times of crisis ranging from a war-like situation to some natural disaster. Connecting this with the current partnerships of India, the present relationship between India and Russia can lay an example for understanding the importance of foreign support to stay strong in times of distress.

In light of this, the US not appointing any ambassador to India can affect the mutual relationship that the US- India maintains. Both countries contribute to each other’s development in various aspects like counterterrorism, mutual distrust of Pakistan’s nuclear weapon program, and increased Chinese influence in the Indo-Pacific region.

The biggest challenge affecting the mutual relationship between India and the USA came when the latter had an ambassador to appoint and the US authorities chose him to designate as ambassador to Pakistan, placing the Islamist country above the Indian relationships. This can be seen as an attempt by the Biden administration to support terrorism as their priority and sideline Indian capabilities. Undoubtedly, India has more experience in fighting terrorism with the blessing (sarcastically) of its neighbour. The history of India controlling terrorism is a wide-open arena for the world to believe.

Further, the ignorance of the USA towards India and building friendly relations with Pakistan can resultantly affect the long-maintained bilateral trade friendship. India currently enjoys stable trade relations with the US but this step of Biden, not appointing any ambassador can propel the Indian authorities to reconsider the importance of the US and the contribution that the country is providing to Indian borders.

Unfortunately, it may happen that these figures will no longer retain their positions, leading the numbers to degrade which can further take the relationship between the US and India to the doldrums.

The guilt realization of the US

Nevertheless, the United States of America placed itself in guilt by destroying its well-developed relationships with India. The country is now trying to regenerate the bond that both countries used to share on the global front.

The recent efforts by the Biden administration for supporting India is a creation of showcasing the “Bharatmilap” of US President Joe Biden and the Indian Prime Minister Narendra Modi.

The proclamation of Biden against the illegal structures created by China at the Galvan Valley is an indication that the US has now realized the importance of India in the world. The notion believes that the US needs India, rather than the age-old saying that India needs the US.

In the wake of believing itself superior, the US expects India to call the White House for every minute decision. This clearly shows the stupid myopic vision that Joe Biden is dreaming of.

The commencement of the Biden era brought dissatisfaction among the masses of the USA. From surging inflation to increased gunshot cases, almost everything contributed to the anger that infuriated the people against the Biden administration.

The 79-year-old President should learn to control a bicycle first and then think of handling a throne. Probably, the symptoms of old age are wide open for the world to look at where the physical body doesn’t support controlling a bicycle and the psychological mind doesn’t work to handle world affairs.