Dying dragon approaches leaping tiger with a proposal of friendship 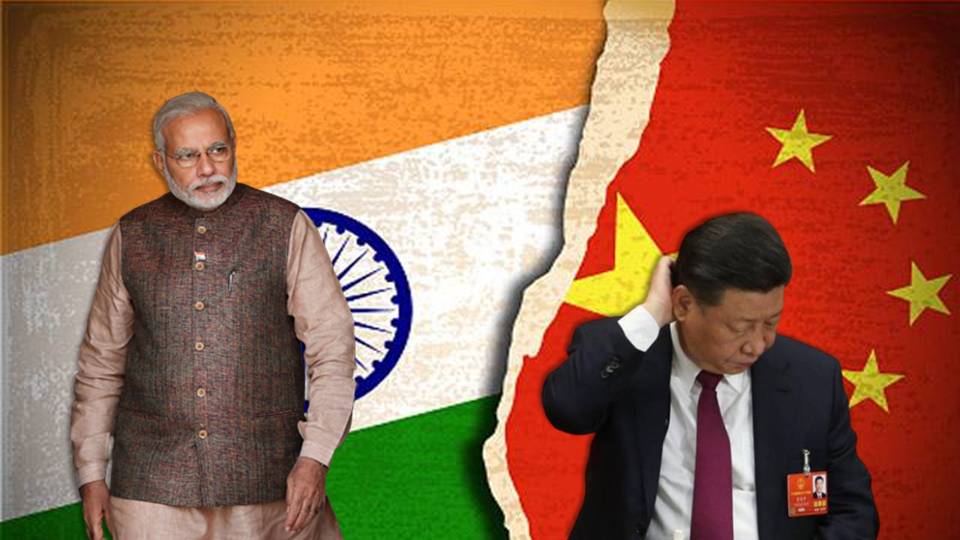 Students of international affairs are taught about a term called realism. In short, it propounds that every moral posture in the international arena is driven by national interest. The ‘Dying dragon’ has become the biggest exponent of this principle. Once boasting of its extraordinary unilateral rise, it is now trying to befriend the Tiger.

Chips are down for China

Trust me when I say it, the Chinese are desperate. They have realised that other than developing bonhomie with India, nothing can save them. That is why, just like the leech Pakistan, they are down to utilising multilateral forums for developing bilateral bonds with India. During the recent BRICS Summit, Wang Yi, the Chinese Foreign Minister took the initiative to bring India to the table.

But it seems like India is not in the mood. That is why it did not wholeheartedly accept the Chinese invitation to talk. Ideally, a Foreign Minister should be having a discussion with his counterpart. But India indirectly insulted the Communist regime by arranging a discussion between Yi and the ambassador.

But Yi’s enthusiasm did not end there. He had already been ditched by Indian authorities in his earlier tour of India. The fact that somebody was even talking to him was a great honour for the Minister. He took the opportunity to extend the hand of friendship towards India. Wang Yi communicated to Ambassador Pradeep Kumar Rawat that India should look towards China with trust, and not with suspicion.

Wang holds the opinion that India should ignore the differences between them and strive towards mutually supportive relationship. “China and India’s common interests far outweigh their differences, adding that the two sides should support rather than undermine each other, strengthen cooperation rather than guard against each other, and enhance mutual trust rather than be suspicious of each other,” said Wang

Yi seemed to have done his homework. He put forward 4 principles for enhancing the cooperation between both nuclear powers.

The first one is “following the important strategic consensus”. This is particularly critical as it effectively means the consensus on borders should be followed in letter and spirit.

In the 2nd principle, Wang asked India to recognise that “China and India are not competitors, but partners”. Building on these two aforementioned principles, Wang put forward the next two principles and urged India to expand “mutually beneficial cooperation” and “expand multilateral cooperation”.

But the question is, why is China going down to such a level? Wang Yi has been particularly notorious for propagating Xi Jinping’s imperialist approach. His offences on Japanese Senkaku Island are not hidden from world. The man has even challenged European Union’s sovereignty as well.

So, why is an aggressive individual like Wang talking to India in such a hushed tone?  Why is the dragon trying to take India on board? After all, Xi Jiping’s unilateral expansion strategy undermines every other neighbour’s sovereignty. Is it that the Chinese are feeling the heat of helping Pakistan? Or is it that the Chinese need something else from India?

The fact is that the Chinese need India. But, more than they need India, they need the Indian market. You see, for the last 4 decades, China has officially registered astronomical growth in its economy. For once, it seemed that the Communist nation will break the jinx that without Democracy, high rate of economic growth is not sustainable in long term.

Well, yes. China grew, though not as fast as it claims to be, but it did. The single most important factor in its rise was the availability of cheap labour. The comparative advantage it got due to exploiting young and poor citizen meant that Companies all around the world rushed in to establish their manufacturing units.

But, around Xi Jinping’s rise, it started to slow down, simply because Chinese started to grow old. The Median age of the Chinese is around 38 years.

Then came Trump and he strangulated the Chinese predatory economic practices. Around the same time, China did a strategic blunder of thinking that it could invade India. After beating PLA black and blue in Galwan, India tightened its economic noose around China. Various barriers were pushed to stop Chinese products from coming to India.

It resulted in weakening sentiments around Chinese economic potential. Slowly, the companies started to run out of China and took shelter in countries like India and Vietnam.

Our Aatmanirbhar Bharat and PLI Schemes proved to be particularly game-changing. On the other hand, the frustrated Jinping was imposing tight regulations on domestic Chinese companies as well. Even, someone like Jack Ma was not spared by Jinping.

To add insult to injury, the majority of Chinese are no longer enthusiastic participants in the Chinese economy. Due to their age, they can’t involve in back-breaking work and due to this very reason they won’t spend much. At that age they are more inclined towards saving for the future.

On the other hand, India’s consumer market is booming. On an average, we are 10 years younger than the Chinese. So, we have the potential to buy Chinese products. But, apparently, as soon as our Aatmanirbharta takes a complete shape, we won’t be willing to do that. That is what China is trying to prevent.

Support us to strengthen the ‘Right’ ideology of cultural nationalism by purchasing best quality garments from TFI-STORE.COM