DNC Clearance Sale: Act Now, and You Can Get a Selfie With Kamala at 65% Off! 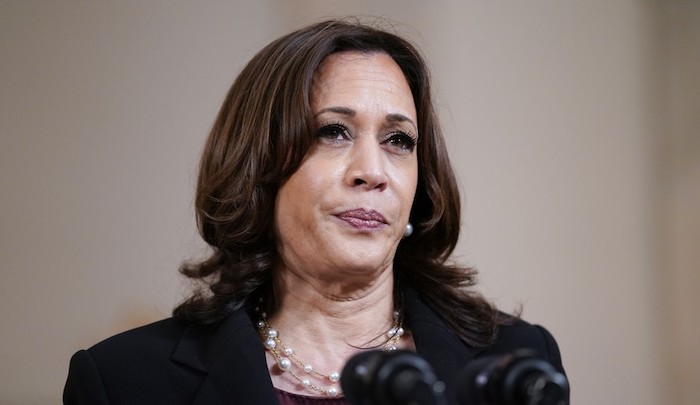 Prices are going up faster than Old Joe Biden’s poll numbers are nosediving, and in the court of public opinion, the pretend-president-in-waiting appears to be faring no better than her putative boss: the Democratic National Committee (DNC) has just slashed the fee to take a selfie with the vice president of our democracy from $15,000 to $5,000. That’s over a 65% cut, and it’s decidedly a bear market: the way things are going, by the time this administration finally leaves office, you’ll be able to get a selfie with Kamala Harris for the low low price of only $9.95, and that’s in inflationary Biden Bucks.

Tara Palmeri of Puck News tweeted Tuesday, “DNC is slashing prices for a photo w/ Kamala Harris. Tickets for a photo with the VP at the Women’s Leadership Forum started at $15,000, but it failed to sell enough tickets & is being postponed. VP’s June fundraiser in Cali is charging $5,000 for a photo.”

$5,000 to stand for ten seconds with The Cackler is still wildly overpriced, but it nevertheless betrays how low this administration has fallen. CNN propagandist and bon vivant Anderson Cooper, by contrast, commands at least $100,000 for a speech. So do Good Morning America’s Robin Roberts and The Daily Show’s Trevor Noah. Will Smith will charge you the same amount to come slap you across the face.

Former State Department adviser Aaron David Miller is much less well known than any of those people, and much less pricey. You can get him for just $10,000 to $20,000. Remember Yakov Smirnoff, the “What a country” comedian? He hasn’t been in the public eye for years but still commands between $30,000 and $50,000. Even Obama’s disastrous foreign policy wonk Ben Rhodes can be had for no less than $10,000 to $20,000.

To be sure, these rates are for full speeches, not just for selfies, but all this is still a telling indication of how lightly the vice president of the United States is regarded. If the Women’s Leadership Forum attendees wouldn’t pony up $15,000 for a selfie with Kamala Harris, how likely is it that they would have paid even more for a full speech?

Now that we are having a Kamala Harris Clearance Sale, the Women’s Leadership Forum could get her for a mere one-twentieth of what it would take for them to land Anderson Cooper or Robin Roberts. Harris and a failed vice president to be named later can get you Ben Rhodes. And if you can’t afford Yakov Smirnoff, you can settle for the vice president of the United States. Maybe by next week, the DNC will throw in a set of steak knives or a potato peeler if you’ll please, please book Harris to speak or pose for a few selfies.