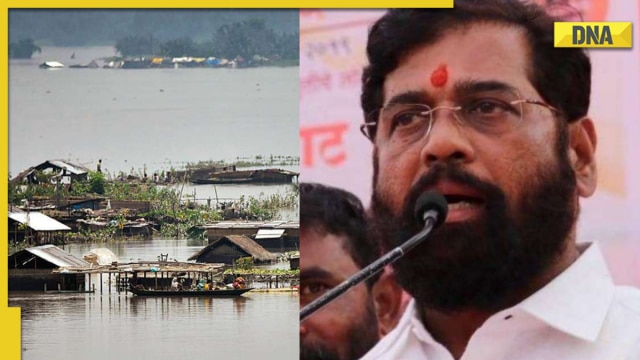 The happenings in Assam have remained in the news because of two major incidents. First, Assam is currently reeling under severe floods in which more than 100 people have died so far and 55 lakh people in the state have been directly affected, with over 2.5 lakh people living in relief camps as their homes remain destroyed.

The second piece of news is Eknath Shinde staying at a five-star hotel in Assam’s capital Guwahati along with more than 40 Shiv Sena MLAs and these MLAs can bring down the Uddhav Thackeray government anytime. Now the question is which of these is the big news for you?

Though lakhs of lives have been destroyed because of the deadly floods in Assam, for many, the biggest news from the state is the rebellion staged by Eknath Shinde and other Shiv Sena MLAs against Uddhav Thackeray, with the Assam floods getting little to no coverage.

For the last one month, the people of Northeast India have been drawing the attention of the entire country to the devastation caused by the floods, seeking help and appealing to the media to give their anguish a little space on their channel. However, the voice of Guwahati did not fall on many ears.

Today, we want to bring your focus to the biggest news of the time – the devastating and tragic floods in Assam. This is the second flood in Assam in the last two months in which more than 100 people have been killed so far. There are a total of 35 districts in Assam, out of which 32 districts are badly affected by the floods.

The Assam government has reported that till June 22, 2 lakh 71 thousand people have taken shelter in about 900 relief camps in the state. It must be noted that these are the people whose houses have been completely submerged in the flood.

The Central Water Commission has said that at present all the rivers of Assam, including the Kopili and the Brahmaputra, are flowing above the danger mark. Due to heavy rains in the state, these rivers can take a more dangerous form, which can make the situation worse.

Thousands of farmers along with common people have also been badly affected by this flood. So far, the crop spread over an area of more than one lakh hectares has been ruined due to this. Meanwhile, hundreds of houses have been damaged due to landslides in high mountainous areas.

The Indian Army and the NDRF have stepped in to extend a helping hand to the people of Assam who are currently reeling through the ruins caused by the floods. Prime Minister Narendra Modi has also spoken to Assam chief minister Himanta Biswa Sarma over the current situation in the state and has offered the Centre’s services for the people.

As Assam is facing major destruction and devastation due to the floods, Maharashtra remains embroiled in a major political crisis. Maharashtra CM Uddhav Thackeray’s fate remains hanging in balance after BJP came forward to support the rebellion of Eknath Shinde. Now only time will tell if CM Thackeray will resign from his position, or will Shiv Sena split from the MVA alliance.