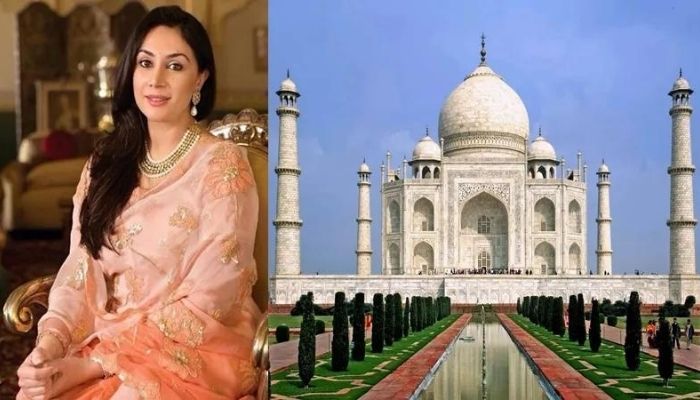 Diya Kumari, while praising the petition filed for opening the closed doors of the Taj Mahal, said that the truth will come out of it. Along with this, she has also claimed that she has documents, which prove that the Taj Mahal was the palace of the old royal family of Jaipur. It was occupied by the Mughal invaders, but during that time the royal family could not oppose it due to the Mughal rule, she said.

Diya Kumari said, “I am not saying that the land is ours. I am not aware of what the circumstances were then, but if the court asks us to provide anything or any documents available to us, we will provide them from Pothikhana (record room at the palace). In the documents we have, it is clear that Shah Jahan liked the palace at that time and then he acquired it. I haven’t seen all the documents yet, but that property belonged to our family.”

In 2017, BJP leader Subramanian Swamy has also made a similar statement. Swamy had said, “We have reached out to the documents of the Taj Mahal. There is evidence that Shah Jahan had forcibly asked the kings and maharajas of Jaipur to sell the land where the Taj Mahal is built. Shah Jahan had given 40 villages as compensation which were nothing compared to the price of the Taj Mahal land.”

It is notable that in the Lucknow bench of the Allahabad High Court, Dr. Rajneesh had filed a petition regarding the opening of the closed sections of the Taj Mahal. Rajneesh is the media in charge of the BJP in the Ayodhya district. He said that it is believed that idols of Hindu gods and scriptures are present in the locked rooms.