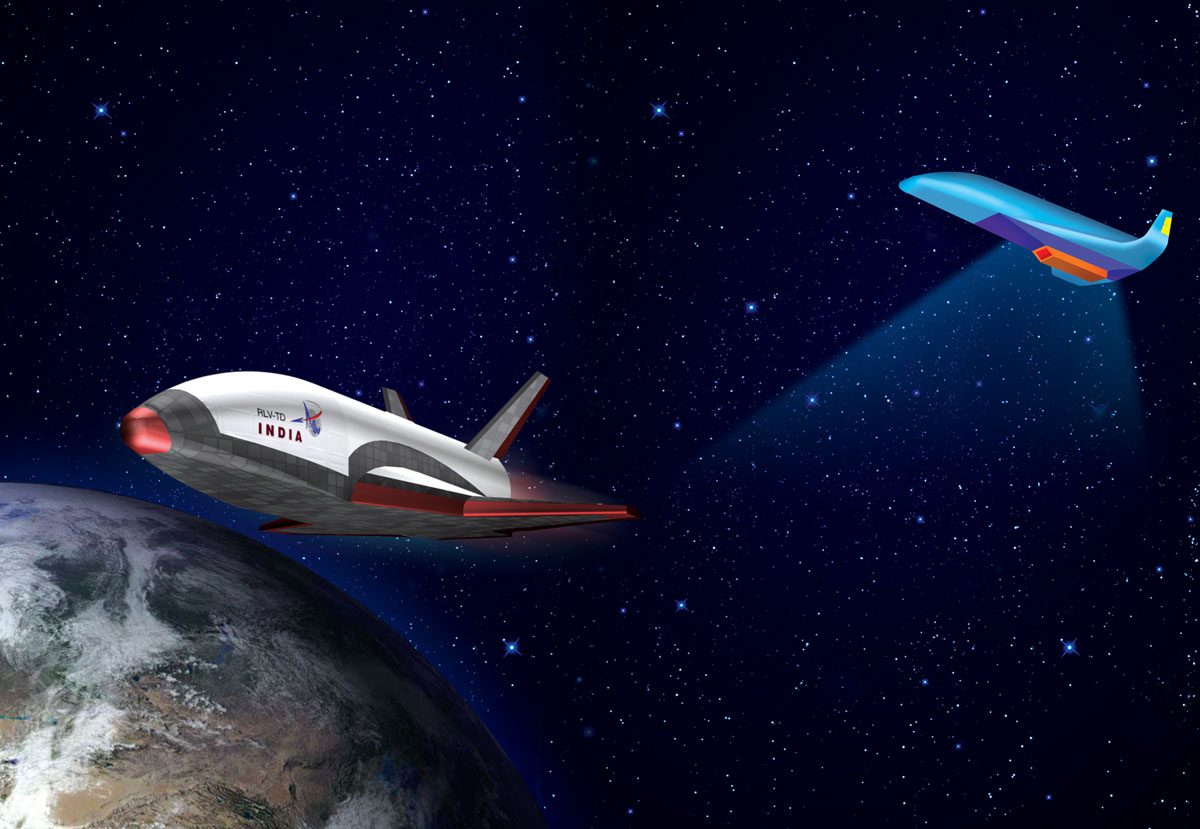 Spending on space projects has always been termed as extravagant and unnecessary. Although scientific research on any project has solved many problems of humankind, rationality on spending according to the overall country’s budget & situation is wise. In this domain Indian Space Agency, Indian Space Research Organization (ISRO) has been very efficient & reasonable from Mars Orbital Mission to Chandrayan-2 and has always maintained the cost-effectiveness in its critical space projects.

RLV will solve the problem of the budget constraint

In an effort to nullify the budget constraint in space exploration and utilization, ISRO is working on the “unanimous solution to achieve low cost, reliable and on-demand space access”. S Somanath, Chairman of ISRO, speaking about the project said that “we are working silently on reusable rocket technology, with a very low budget, low cost, and low investment”.

RLV (Reusable Launch Vehicle) is a space shuttle project which is capable of launching satellites into orbit around the earth and then re-enter the atmosphere. The RLV program is very crucial to reducing the cost of space exploration as in the process of a normal launch vehicle, the satellites are placed in their specific orbits by the launch vehicle and remain in space. So for every space program, the space agency needs to build a new launch vehicle and in fulfillment of every objective, the cost is also multiplied.

Also Read: With ‘Mission 2024’, ISRO has now set its sight on Venus

To sort out this problem, ISRO is silently working on the Reusable Launch Vehicle-Technology Demonstration or RLV-TD. It is a series of technology demonstration missions that have been considered as a first step toward realizing a Two Stage To Orbit (TSTO) fully re-usable vehicle. A Winged Reusable Launch Vehicle Technology Demonstrator (RLV-TD) has been configured to act as a flying testbed to evaluate various technologies. Namely, hypersonic flight, autonomous landing, powered cruise flight, and hypersonic flight using air-breathing propulsion.

It is pertinent to mention that the first experiment flight that is hypersonic flight experiment (HEX) has already been successfully tested on May 23, 2016. The second stage, the landing experiment (LEX), is in the process of an experiment.

Also Read: Satellite developed by ISRO is going to be China and Pak’s worst nightmare

ISRO’s reusable rocket program is far more complex and ambitious than Elon Musk’s SpaceX reusable Falcon-9. The ISRO speaking about the project stated that “since ISRO wants to learn how to recover, bring back to Earth the upper stage of the rocket, which is usually lost in space”. Explaining further he added, “the upper stage of the rocket has the most complex and most expensive electronics and if one can recover the upper stage it would certainly bring down the cost of rocket launching dramatically, also reduce space debris”.

On the other hand, SpaceX’s Falcon reusable rockets are “only of the lower stages of the rocket which are essentially metal blank and comparatively much cheaper as they do not house expensive electronics”.

If ISRO masters this reusable technology then the space exploration cost will substantially come down and the space agency can simultaneously progress with multiple experiments. Moreover, the low-cost experiments will further give a boost to research & development in the country and will solve multiple problems not only in India but for all humankind.