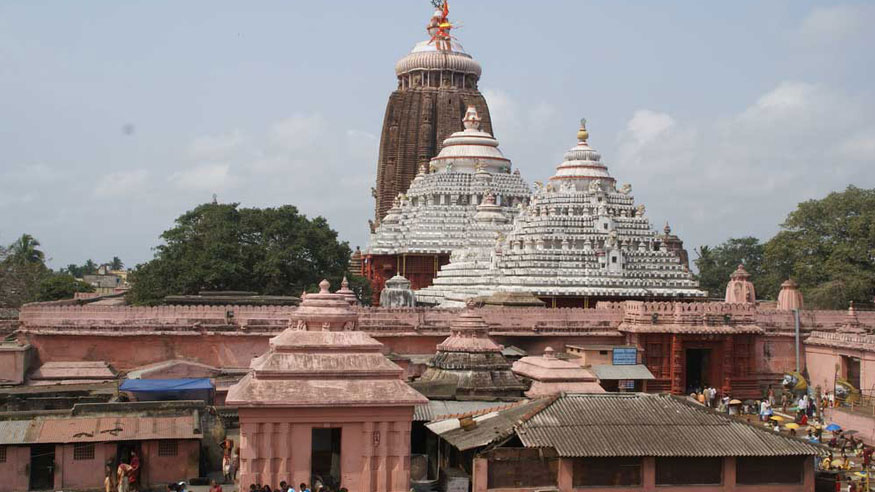 A mandir is not only a cultural spot for Hindus to find peace but it also holds glorious and ancient civilisational value. Preservation & protection of these monuments is not only the responsibility of its people but also the government. Its unique identity and beauty can not be defined in the modern definition and in the name of beautification its originality should not be compromised. Similarly, for any kind of redevelopment project around the Jagannath Puri Mandir, the set due procedure should be followed & the sanctity of the mandir must be preserved.

A recent affidavit filed by the ASI (Archeological Survey of India) in the Orissa High Court has stated that due to the Puri Heritage Corridor Project work, the 12th century Jagannath temple might have been damaged and the project is being carried out without the permission from competent authorities.

It is pertinent to mention that the Puri Heritage Corridor Project was envisaged by the BJD (Biju Janata Dal) led Orissa government in 2019. The project’s goal is to redevelop & ‘beautify’ the area near the temples for visitors and tourists. But the BJP leaders are opposing the state’s government move as it does not follow the due procedure for reconstruction around the monuments and the project will further destroy the centuries-old unique structure of Mandirs.

Read More: Puri Jagannath comes under attack as their kitchens are vandalized

Stop the Illegal Construction near the Mandir

As per the 1992 notification issued under rule 32 of Ancient monuments and Archaeological Sites and Remain Rules, 1959, an Area up to 100 meters from the protected limits of the monument has been declared as a ‘Prohibited Area’ in which any type of excavation and construction it totally prohibited and are beyond it up to 200 meters have been declared as ‘Regulated Area’ in which competent authority is authorized to give permission for any type of construction.

Following the Ancient Monuments and Archaeological Sites and Remains (AMASR) Act, 1958, and the Rules made in 1959, The Archaeological Survey of India (ASI) had earlier asked the government of Odisha to immediately stop the illegal construction around the ‘Prohibited Area’. As the Shree Jagannath Temple, Puri is declared a centrally protected Monument of National Importance by the Government of India and the ASI is responsible for the maintenance, upkeep, and conservation of the site.

Read More: Kashi Vishwanath, Jagannath Puri, and more – How Hindu temples are at the forefront of helping Covid patients

Destroying the originality of the Mandir

There is a mass campaign going on to stop the illegal construction near the Mandir. Where people are raising concerns regarding the beautification work. As the government is ready to break the 1200 years old temple for the construction of toilets and other amenities near the temple. Although People are not opposed to the development of the area around, the manner in which every standard procedure is being ignored and law made to maintain the sanctity of the Shrine is being broken has raised serious concerns.

Already, governments have held the Mandirs under their control and the resources of the temple are being used for the ‘secular subject’. The illegal construction in the nearby area will further pave the way for the state for more frequent intervention in the state of affairs.

The importance of ancient architecture lies in its originality. The purpose of preservation will be destroyed if in the name of beautification and reconstruction the rawness of the structure is diluted. The Odisha government construction project must pass through the settled Standard Operating Procedure (SOP) following the AMASR act, 1958.