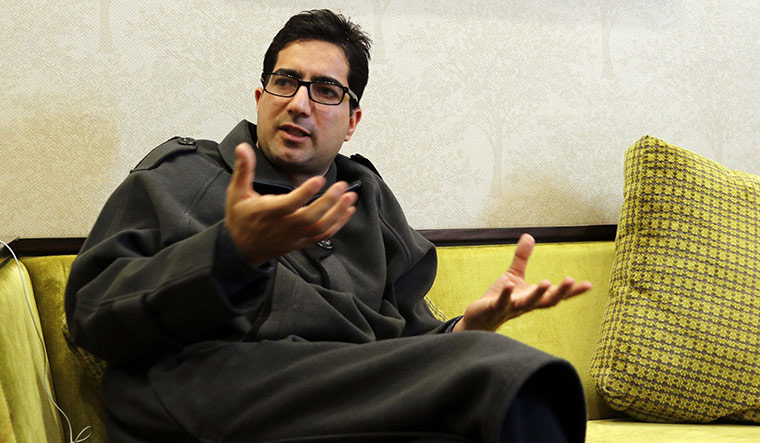 Penalizing someone for their wrongdoings is a method to keep a check on the evils of society. It not only provides a proportionate punishment to wrongdoers but also provides a strong deterrent against potential lawbreakers. After the revocation of special status from Jammu & Kashmir (J&K), bureaucrat-turned politician Shah Faesal had planned to go to Turkey to fight against India. Subsequently, he was prevented from doing this.

Forgiving the act of defiance

According to a report, by The Indian Express, former IAS officer Shah Faesal has been reinstated in civil services. His act of defiance against the nation has been forgiven & he will join the office from where he had left. Confirming the reports of his reinstatement, the Union Home Ministry said, ‘Faesal’s resignation was never accepted by the government’.

It is pertinent to note that before the abrogation of Article 370, he had launched his own Jammu and Kashmir People’s Movement (JKPM) party in march 2019. In order to efficiently manage his political party he had resigned from the coveted post of a senior bureaucrat.

But his dream of becoming a politician shattered just after four months of launching his party. In  August 2019, President Ramnath Kovind announced the revocation of the special status of J&K. After the announcement,  Faesal decided to leave India & during which he was detained from New Delhi airport.

Stopped from filing case in International Court of Justice

It was believed that he wanted to file a case against India in the International Court of Justice (ICJ). He wanted to take the Kashmir issue to ICJ. So, he was expected to board the flight from New Delhi to Turkey & from there he was to reach ICJ in the Hague, Netherlands to file the case.

Preventing him from boarding the flight to Turkey’s Istanbul, he was detained at New Delhi’s Indira Gandhi International Airport on 14 August 2019. Further, he was booked under J&K Public Safety Act, 1978 (PSA) for promoting separatism in the state.

After being released from preventive detention, he started to speak against his sinful act & claimed that he had changed his mind. Throughout the pandemic, he was active on social media & hinted that he may come back to the office.

On April 27, he spoke about his Ghar wapsi. He said, ‘My idealism had let me down. But I never lost hope. While chasing a chimera, I lost almost everything that I had built over the years. Job. Friends. Reputation. Public goodwill.” Hinting toward his return to bureaucratic life, he said “And there is an amazing world beyond the shadows of the past. I turned 39 next month. And I’m excited to start all over again.”

8 months of my life (Jan 2019-Aug 2019) created so much baggage that I was almost finished.
While chasing a chimera, I lost almost everything that I had built over the years. Job. Friends. Reputation. Public goodwill.
But I never lost hope.
My idealism had let me down. 1/3

Read More: ‘I’m not anti-India, not a traitor,’ Shah Faesal is a reformed man, who loves the country and wants to stay within the system

His reinstatement to office & clemency of every act will set a bad precedent for potential wrongdoers. Also in the future, the undisciplined & rough officers in civil services will use it to justify their unwarranted acts of violation of services conduct rules.

Moreover, till now suspended government officers in J&K will also ask for another chance claiming a ‘change of mind’. It will also open the pandora box of such claims throughout the country which governments will not be able to handle.

Law is the age-old consciousness of society & punishment for wrongs regulates the society on the principle of justice. How strong is the foundation of a peaceful democratic society totally depends on how much it is able to keep bad elements at bay. Any deviation from the principle of justice will imbalance the cause & will lead to anarchy.

Recount Cranks Up in Pa.’s GOP Primary for Senate