Modi@8: The achievements of the Home Ministry under PM Modi 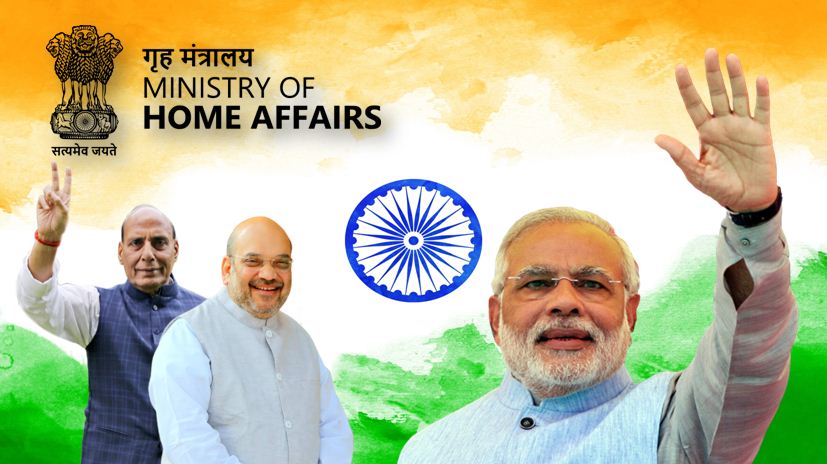 Terrorist hunting India have been silenced

When Modi government came to power, terrorist The Modi government is 8 years old now. Last 2921 days have been topsy turvy to say the least. The government had its ups and downs during this period. But, a balanced and an approach not grounded in media coverage will tell you that it had more achievement to its name than the negative portrayal by the left wing spectrum. Let’s have a look at the key achievements of the Home Ministry during the last 8 years.

Left-Wing extremism is on the brink of destruction

Two front strategy adopted to counter left-wing extremism. Government took on the initiative to make benefits accessible to the last mile of the country. The Home Ministry provided full backend support to it by providing security staff and ministerial backing to every government official engaged in eliminating poverty. This automatically led to decline in the number of people recruited by these extremists.

MHA also brought in surrender-cum-rehabilitation policy for existing insurgents. By 2021, nearly 8,000 naxalites had surrendered in total. The number is only expected to increase in the wake of rapid inclusive economic development. Meanwhile, there were elements in the rank of naxalites who were not willing to join mainstream, as most of them were direct collateral beneficiaries of violence.

Read more: Time to bring the Army in to weed out Naxals from their forest hideouts

To weed out these elements, the Home Ministry ran an anti-insurgency drive in key pockets of Naxal affected areas. Between 2014 and 2019, security forces killed nearly 900 naxals. Compared to 96 districts in 2010, left wing extremism has now reduced to 41 districts. Corollary, the number of left-wing extremism has reduced to lower rungs of three digit mark per year.

Kashmir has been the biggest burning (sometimes literally) issue of the last 7 decades. The Home Ministry’s failure to curb the exodus of Kashmiri Pandits is still one of the biggest blots on its legacy. Similarly, when Rajnath Singh assumed charge, he had to face lots of challenges in J&K, specially curbing stone-pelters and anti-India sentiments in the region.

The Home Ministry first tightened the security apparatus and curbed a lot of excess freedom in the valley. This led to breakdown of communication network between terrorists groups. For the next 5 years, Rajnath Singh built a solid base to enable the Modi government to abrogate Article 370. Radical elements in Kashmir had got a fair bit of idea that now their fire will be matched by counter fire of bigger intensity in the region.

Thus, when Article 370 was finally thrown out of rule books, Kashmir valley remained peaceful. For the next 2 years, the Home Ministry under Amit Shah kept a tight vigil through their enhanced surveillance network. The Ministry did everything in their Democratic capacity to not let radical tumours develop into cancer. Now, whole geography of erstwhile J&K state is by and large peaceful and soon big ticket investments guarded by strict vigil under Home Ministry are on the way to foster human development and progress in the region.

Turbulence in Northeast has eased

Before the Modi government, when people used to talk about northeast, their subconscious would treat them as something different from other states. Apparently, the divisive faction had made a strong impact on local people. As a result insurgency was always brewing and successive efforts to bring various groups on table had failed.

That is where the Home Ministry hit the nail directly on the head. It was able to convince various factions of Nationalist Socialist Council of Nagaland to stop violence and negotiate peace. Currently, NSCN (I-M) group has virtually left violent tactics for indefinitely, while other factions are continuously in talks with the government, extending peace treaties for one year term on regular basis. Soon, a permanent solution will be chalked out. Violence groups in other states of the region have also entered into Suspension of operation agreement with India, hinting that they are willing to participate in India’s developmental process.

Additionally, Home Ministry deployed heavy security in the region to ensure that developmental projects designed to include north easterners in the fold of mainstream India do not get hampered. It has bore fruits as violence level in the Northeast state is at an all time low. As an incentive, the government decided to relax AFSPA from key regions.

Read more: The day is not far when AFSPA will no longer be required in the Northeast

Britishers flew, but they left their allies in the form of foreign NGOs working for the poor. Over a period of time, these people had become a key destabiliser of India’s peace and stability. They used to get foreign funding and actively worked to destabilise peace and prosperity. It had become imminent to keep a strict control on their source of funding.

Rajnath Singh started to oversee the strict implementation of Foreign Control and Regulations Act (FCRA). Through this the ministry almost choked the funding of multitudes of NGOs. By August 2019, Home Ministry had disallowed more than 14,500 NGOs from availing foreign funds under the FCRA act. But, there were more snakes in the closet which required tighter norms.

Under Amit Shah, MHA then sent in a proposal for a key amendment to the existing FCRA schema. It led to a tighter curb on these NGOs. Various data sets indicate that at least 20,000 NGOs have been served outright ban orders from the Home Ministry. Various big daddies of NGOs like Oxfam have been crying for lesser regulation, but they were treated with a silent ear. In fact, Amnesty International decided to flee away from India before it comes under radar.

Read more: MHA revokes the FCRA registration of AFMI trust. It’s the one accused of inciting Delhi riots in 2020

attacks were rampant. During the UPA regime, country had witnessed at least 19 major terrorist attacks, including that of 2008 Mumbai attacks. But, owing to vote bank politics, the government could not take any substantive action on radical Islamism.

The Home Ministry under Modi government was given free hand to stop them. Home Ministry broke the back of Pakistan backed terrorist groups through continuous raids on the terror suspects in various regions of the country including Kashmir, Punjab, National Capital Delhi among others. Almost every one of the nabbed terrorists was very close to executing his/her master’s nefarious intent.

Basically, terrorists are finding it hard to kill civilians like they used to do during UPA regime. This is the main reason why they resort to attack defence establishments by executing Uri and Pathankot type attacks. It is to signal that people should not take them lightly. But even those attacks can easily be considered an exception to the rule. The security apparatus behind them has been tightened and after Pathankot, no terror plot has hit the country.

8 years of PM Modi has probably been the most active phase of the Home Ministry. Surely, bureaucrats were losing their sleep, but the fact that 1,35 billion Indians sleep peacefully on a regular basis is a big relief for everyone.