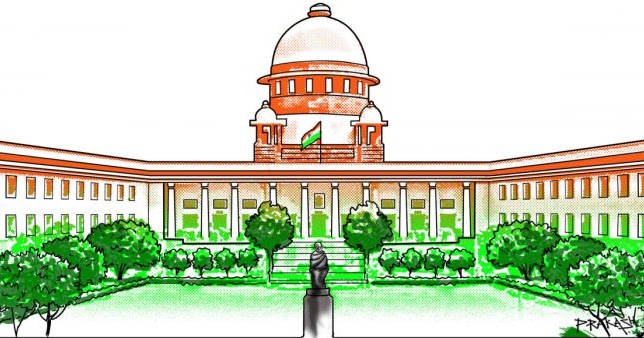 The protection of the child from sexual Offenses (POCSO) Act, 2012 has been made to protect children from sexual assault and provide severe punishment for such offenders. But in the case of K Dhandapani v State, the Supreme Court of India has set aside the conviction of a man who was booked under the POCSO act.

The fact of the case

A man happens to be the uncle of an underage girl who made physical relations with her on the pretext of marriage. According to Dr. Joseph Aristotle S, the counsel appearing for the State stated in the court that the girl was 14 years old when the offense was committed and gave birth to the first child when she was 15 years and the second child was born when she was 17 years.

After hearing the matter, SC had directed the district judge to record the statement of the girl about her present status. In furtherance to this, the girl had categorically stated that “she has two children and they are being taken care of by the appellant and she is leading a happy married life”.

Read More: Child marriage rampant in Kerala despite all claims of high literacy and women empowerment

Can not shut eyes to the ground reality: SC

SC taking the practical view of the law said that “the conviction and sentence of the appellant who is the maternal uncle of the prosecutrix deserve to be set aside in the view of the subsequent events that have been brought to the notice of this court”. Adding the reasoning of view SC stated that “this court cannot shut its eyes to ground reality and disturb the happy family life of the appellant and the prosecutrix”. Validating the custom in Tamilnadu of the marriage of a girl with the maternal uncle, SC further held the marriage valid.

What does the law say?

Section 5 (j) (ii) read with section 6 of the POCSO act provides that whoever commits penetrative sexual assault on a child which in the case of a female child, makes the child pregnant as a consequence of the assault shall be punished with rigorous imprisonment for a term which shall not be less than twenty years, but may extend to imprisonment for life.

Further section 5 (iii) of the Hindu marriage act, 1955 provides that a marriage may be solemnized between any two Hindus if the bridegroom has completed the age of 21 years and the bride, the age of 18 years at the time of the marriage.

Although the accused broke the stringent statutory law made for the safety of children. But, the court interpreted the law taking into account the present status of the family and viewed that “this court cannot shut its eyes to the ground reality and disturb the happy family life” and made clear that “the conviction & sentence of the appellant is set aside in the peculiar facts of the case and shall not be treated as a precedent”.