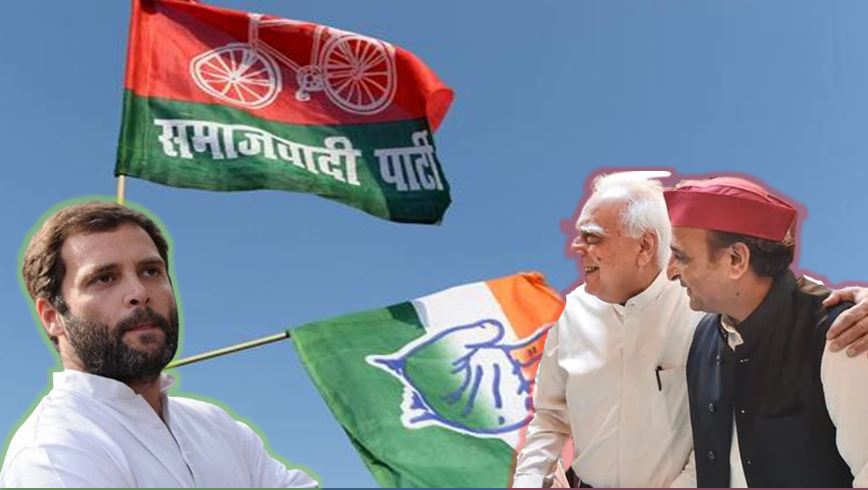 The Congress party is currently facing one of the biggest crises since its existence, the crisis of ‘exodus’. In the last five months, five giant Congressmen have quit the grand old party. The latest name being of Congress stalwart Kapil Sibal.

Is Congress deprived of loyalists? Or is Congress not well equipped for keeping its flock together. In either of the cases, Congress is in serious trouble and forcing their legal henchman, Kapil Sibal to opt for a backdoor exit will prove to be yet another setback for the party in the long run. However, Kapil Sibal has got another ‘client’ in the form of Samajwadi Party.

Kapil Sibal, the giant Congressman grabbed the eyeballs on Wednesday, after he filed his nomination for Rajya Sabha, as an independent candidate claiming that he had already left Congress.

Kapil Sibal, the former Union Home Minister announced his resignation from the Congress after he filed his Rajya Sabha nomination papers, with the backing of Samajwadi Party. Akhilesh Yadav was present during the filing of the papers.

After filing the nomination, he told the reporters; “I filed the nomination (for Rajya Sabha elections) as an independent candidate. I am thankful to the SP chief Akhilesh Yadav that he supported me.”

He told that he had tendered his resignation to the Congress party on May 16.

Kapil Sibal quits Congress to be an “independent voice”

About quitting Congress, Sibal remarked that, “Everyone has to think about themselves.” While speaking to the Press, Sibalremarked, “I thought the time has come for me to move on and be an independent voice in the Parliament. I did not want to be hanging on the coattails of any party.”

Sibal added, “It is important to be an independent voice. While staying in Opposition we want to create an alliance so that we can oppose the Modi government.” Insisting on the zeal to work independently Sibal said, “After 30 years, it was time to quit and work as an Independent.”

Sibal in his interviews has stated that, it was difficult for him as he was associated with the party for so long and has weeded to its ideology.

Sibal’s exit is different from others

Congress has survived many resignations in the last few years. Some big faces like Ashwani Kumar, Sunil Jakhar, JyotiradityaScindia, RPN Singh, HimantaBiswaSarma, Aditi Singh have quit the party. But Sibal’s exit is different from the others.

Sibal was one of the senior-most leaders of the Congress party and was also a vocal member of the G-23 group. Sibal was of the size, that he had written letter to Sonia Gandhi demanding internal reforms. Sibal had also openly established the need of a non-Gandhi president.

The major chunk of leaders who have quit Congress were regional leaders while Sibal being a national face of Congress was also a senior advocate.

Kapil Sibal has not only been a loyalist of the Congress, but has also served as a legal henchman of the party. And clearly his exit is a major setback for the Congress’ legal team.

Read More- From scam accused to PFI, Kapil Sibal has quite a colourful list of clients

Sibal was an active voice of the Congress party both outside and inside the court, especially the Supreme Court. Time and again, on multiple occasions Sibal not only safeguarded Congress in the court of law, but has also challenged the politics and policies of the BJP government.

Sibal had took up several cases, that benefitted the Congress party politically, sucha s the anti-Citizenship Amendment act, right to privacy, Jahangirpuri demolition. He defended Congress’ stand within the court premises in cases such as the Vyapam scam, Coal scam, Triple Talaq among others.

He defended Manmohan Singh in the apex court against a notice issued by a special CBI court in the coal scam case. Sibal stood for Chidambaram and led his legal battle from the front when he was arrested.

Kapil Sibal is a politician with distinguished legal career, but the Congress party forced him to take the back door exit ultimately losing one of its asset.