In the age of Sacred Games and Paatal Lok, Panchayat-2 is like a breath of fresh air 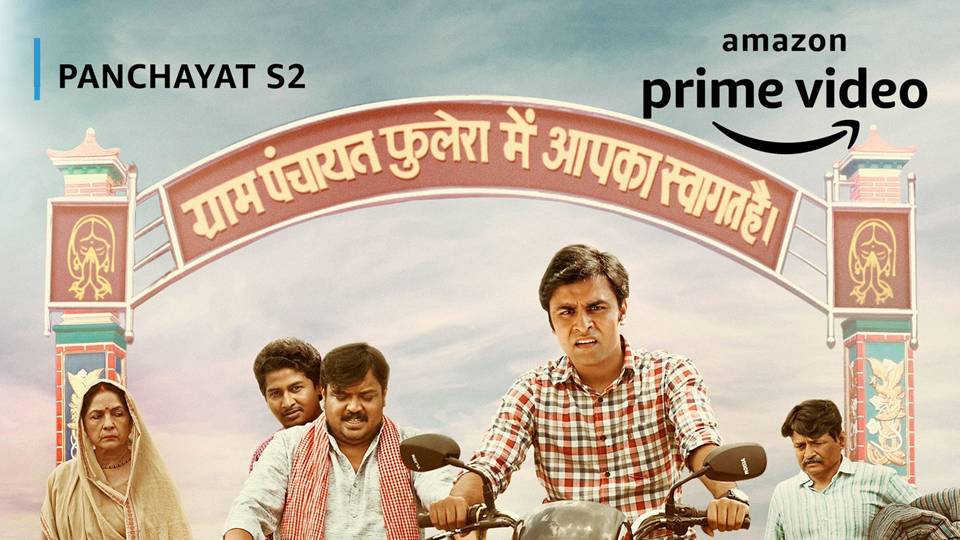 Indian entertainment industry had seemingly forgotten that it is an Indian cinema and it somehow needs to connect with the Indian emotions. While the OTT platforms was occupied with the web series like Sacred Games, Mirzapur and Paatal Lok that portrayed violence and other negative aspects, we have a current released on Amazon prime video that can fill your soul with gratitude for living in a beautiful nation called India.

While many Bollywood movies and Indian web series claim to display the real India, there are very few who actually do so. The second season of ‘Panchayat’ is one such series that beautifully presents the story of a village.

Panchayat 2 introduces you to real cinema

Directed by Deepak Kumar Mishra and written by Chandan Kumar, ‘Panchayat 2’ is the second edition of the web series of the first part of which was aired on Amazon Prime Video in 2020. The story starts from where it ended in the first edition, with the water tank.

Panchayat’s first season showed how Abhishek Tripathi (Jitendra Kumar) unwillingly accepted the job of a Panchayat secretary in Phulera, a remote village in Ballia, Uttar Pradesh. The city boy struggles to adjust in a village where he witnesses drastic change of pace, power cuts and a dissimilar socio-economic reality. He works hard aiming at clearing CAT exam as he wanted to flee Phulera.

The second season goes further to show how Abhishek aka Sachiv Ji has accepted Phulera and has begun bonding with the locals, especially with the village’s former Pradhan (Raghubir Yadav), his wife and the actual Pradhan (Neena Gupta), and the other two office-bearers (played by Faisal Malik and Chandan Roy).

Panchayat 2, however, is a bit different from its first season. This time, the show doesn’t only deliver the laughs, but challenges you to think, introspect, and by the end, hold back your tears too.

It shows growth and displays Abhishek discovering new dimensions of Phulera and its residents. The most special thing about the show is that it doesn’t show rural India as a show that is to be laughed at or ridiculed. Panchayat presents the Indian village as a real place with kind people.

As the show proceeds, you find yourself emotionally invested in the lives of the residents similarly the way you were in the first season.

Panchayat is no ordinary series

The creators of Panchayat 2 have narrated a story that is different from Mirzapur with its guns and gangs.Neither it presents to you a hero and heroine dancing in rain. Instead, it’s a village dealing with relevant issues like open defecation, alcohol addiction and installation of CCTVs.

Read more: In the age of Sacred Games and Patal Lok, Gullak is like a breath of fresh air

Jitendra Kumar as Abhishek is exceptional. He portrays brilliantly an aspiring youth stuck in a village with kind-hearted humans. Kudos to the creators for presenting such a beautiful story with a brilliant execution.

Besides Jitendra, the entire cast, including actors Chandan Roy, Faisal Malik, Sunita Rajwar, Durgesh Kumar, and Shrikant Verma, has contributed to lead a well-written and a simple script to a notch higher with their brilliant performances.

Manju Devi, played by a perfectly cast Neena Gupta, leaves you biting your nail. She, despite being the village pradhan is happy working as a housewife and her husband Brij Bhushan Dubey is the de facto ‘Pradhan’ here. But, she is not incapable of taking on her official duties.

While it is believed that the OTT shows don’t entertain enough, and even if they do, they end up making a disaster in the name of sequel. Panchayat, however, is unique, and keeps you hooked to the screen till the end. It is not just a series, but a representation of a new India. The India which is flying, the India that is heading towards another milestone each and every day. The India where people follow their heart and believe in unity.