Ever since Rajiv Gandhi’s assassination, India had left Lankan Tamils to their fate. PM Modi is changing it 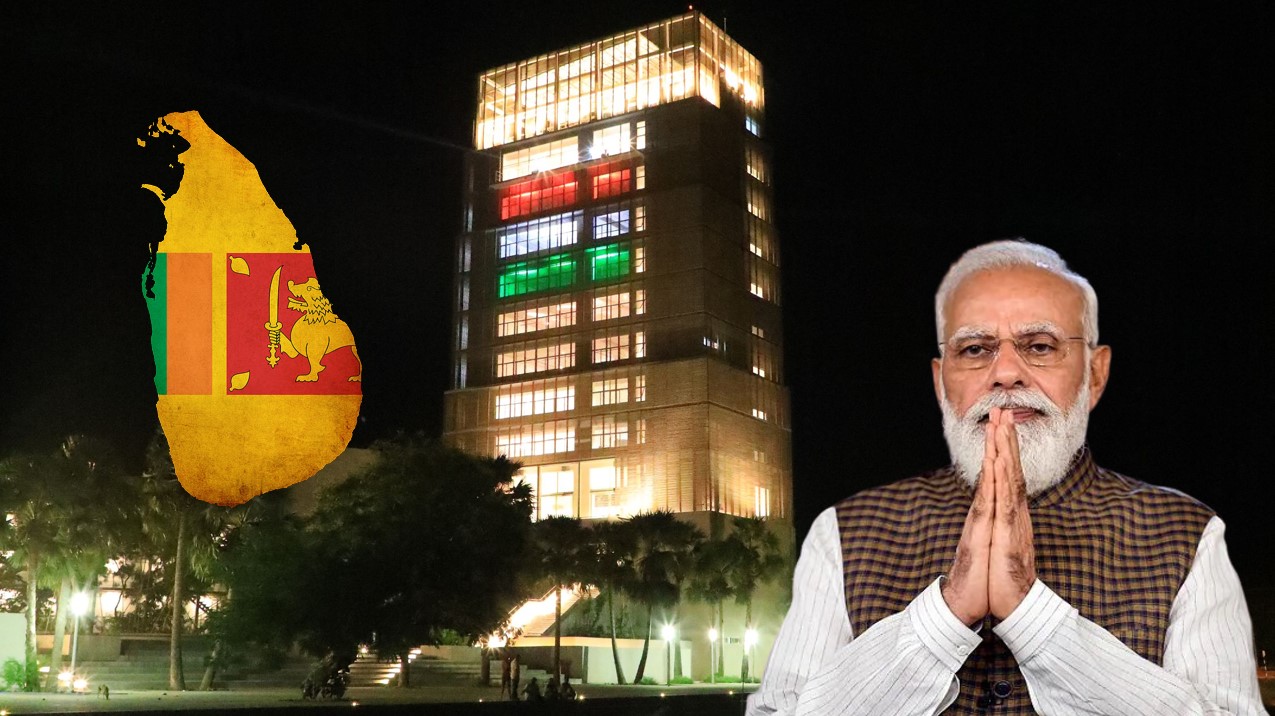 Prime Minister Atal Bihari Vajpayee is often credited for utilising the Indian diaspora for nation-building goals. After nearly two decades of the concerted effort, there is still a group which we have failed to take on board. Lankan Tamils are probably the only group which can claim that India left them to their fate. But, silently PM Modi is changing the equations between India and its Tamil brethren living in Sri Lanka.

Ever since PM Modi came to power, the Modi government has been proactive in establishing India’s bond with the Sri Lankan Tamil population. Unfortunately, that has not been the talk of the town for mainstream media. Former IPS K Annamalai has taken on the responsibility of informing the nation about the Modi government’s efforts towards re-establishing bonds with Tamil brothers and sisters in Sri Lanka. He did it through a tweet thread.

The scale & support our Hon PM Shri @narendramodi avl & GOI had given to Srilanka and to Tamils in particular is unprecedented.

These projects prove that it is not a coincidence that Sri Lankan Tamils are not hesitating before turning to India in times of Sri Lanka’s economic crisis. Up until April 2022, 75 Sri Lankan Tamils have turned to Indian shores for refuge.

Just like India has a Beti-Roti relationship with Nepal, if given proper nurture, Tamils in Sri Lanka will be one of the most loyal ethnic groups for India. There are two categories of Tamils residing in Sri Lanka. One group is that of Tamils who either descend from the Tamils of the old Jaffna kingdom or Vannimai chieftaincies of the east. The second group called Indian Tamils or Hill Country Tamils, trace their lineage to bonded labourers. In the 19th century, they were sent from Tamil Nadu to Sri Lanka to work in tea plantations.

Initially, both groups were in a conflict, but over a period of time, they resolved their differences to a large extent. It was the need of the hour as the perceived threat of Sinhalese offence started to loom large on both communities. Meanwhile, the armed conflict between the Sri Lankan state and Tamil groups started to take shape. By the mid-1980s. It had turned into one of the bloodiest conflicts in the Asian continent.

On an official level, India decided to not intervene in the conflict. The government of the day had to strike a balance between two interests. If we had sided with Tamil Rebels, our diplomatic relations would take a hit, while if India would side with Sri Lankan forces, then the party in power risked losing support in Tamil Nadu.

However, in 1987, Rajiv Gandhi decided to intervene against Tamil rebels. He sent in the Indian Peace Keeping Force (IPKF) to disarm Tamil rebels. The move turned out to be a huge disaster on both diplomatic as well as national political fronts. IPKF suffered humiliating losses along with its reputation and India lost more than 2 centuries of ties with Tamils living in Sri Lanka.

From then on, it was only downhill for India with respect to its relationship with Tamils in Sri Lanka. A few years after his IPKF stunt, Rajiv Gandhi was assassinated by LTTE in Tamil Nadu.

For the next two and half decades, the relationship between the Tamils and the Indian state largely remained an unchartered territory. India was cautious as the Rajapaksa government had decided to wipe out militant groups. In that scenario, it did not make pragmatic sense for the government to take sides.

But the end of the war and its aftermath came as a blessing in disguise for India. However, for some reason, the UPA government did not consider humanitarian aid to Sri Lankan Tamils as a tool for developing India’s soft power.

It’s time to take the relationship to new heights

Thankfully, PM Modi recognised the potential and is trying to resurrect the relationship. India can bank on two key aspects of this relationship. There is a cultural bond already existing between Tamils in Sri Lanka and their brethren in India (mainly in Tamil Nadu). The common culture, upbringing, language, moral system and reverence for the same deity inspire a sense of trust between two people, easily extendable to groups. Maybe, this is the reason why an acclaimed Sri Lankan Tamil Muttiah Muralitharan married a Tamil girl living in India. On the local level, there are numerous such examples of bipartisan cultural exchanges.

Read more: Tamils are boycotting the upcoming biopic on Muttiah Muralitharan owning to his ‘anti-Tamil’ stance

The cultural bond makes up for the nationalism going haywire in the form of jingoism. When politicians from US Congress try to pressurise their government to act in a hasty manner against India, it is Indian origin politicians who provide a cautious note, in turn bringing a sense of balance in the US’ attitude towards India. Through prolonged efforts, we see no reason why India cannot develop a similar pro-India lobby within Sri Lankan polity.

It will provide a diplomatic cushion to India in Sri Lankan politics. Up until now, India did not have a favourable group inside its Southern neighbour. This is the reason why China has been able to make such inroads into the island nation. Now, contrast that with India’s relationship with Nepal. In spite of a Communist leader hell-bent on making Nepal a Chinese colony, the Beti-Roti bond with India has prevented Nepal from slipping into China’s hands.

Diplomacy is tough, it’s sometimes more brutal than war. You have to wait for decades to play your next move. It is India’s moment to take Tamils on its side and PM Modi won’t hesitate.