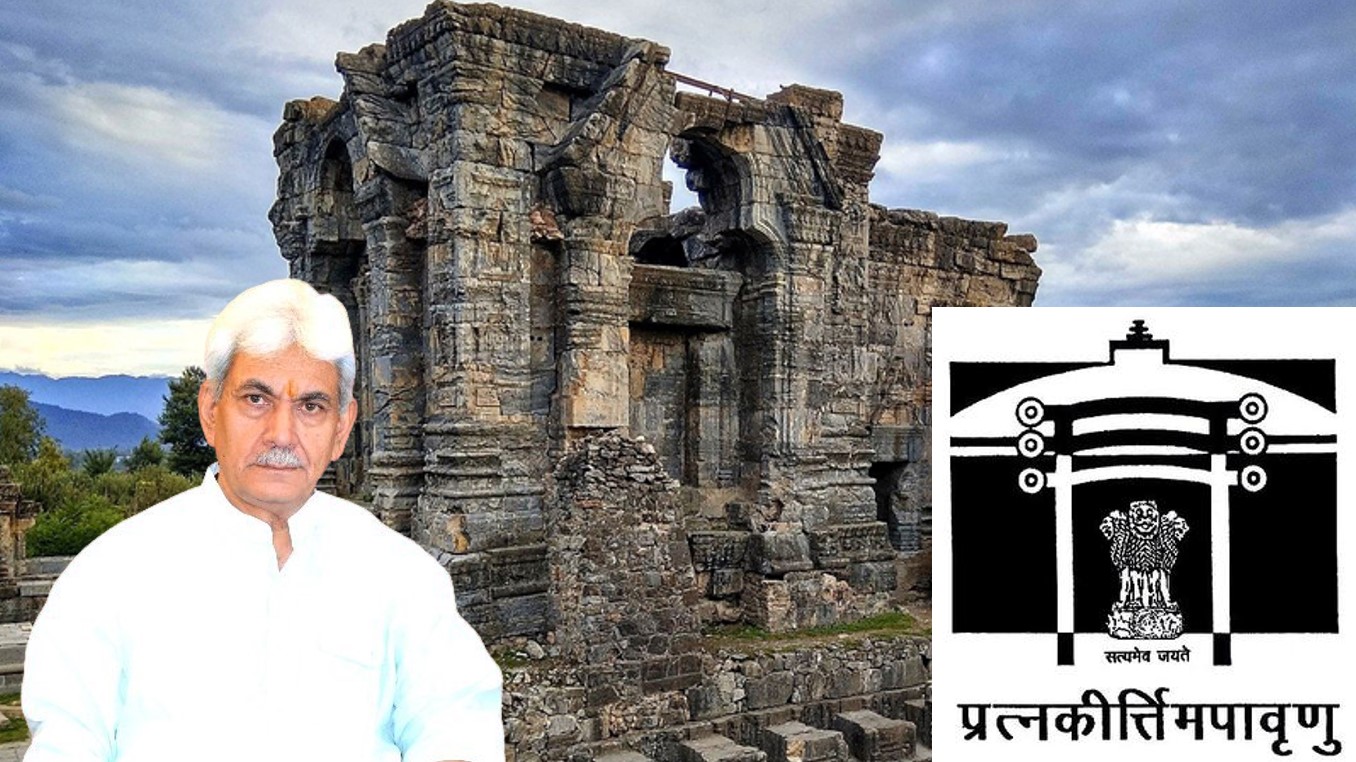 The Archaeological Survey of India is outraged. It is infuriated due to the fact that Hindus have been performing long-stalled rituals at the Martand Surya Mandir in Kashmir. After all, how dare a bunch of devout Hindus conduct puja at a 1,700-year-old Mandir? More importantly, why is the government actively promoting Hindus when it comes to reclaiming the Martand Mandir and restoring its historic sanctity and magnificence? Hindus reciting Vedic chants in one of India’s only two sun Mandirs has got the ASI to lodge an informal complaint against the Jammu and Kashmir administration and Lieutenant-Governor Manoj Sinha.

In the past few days, Hindus have flocked to the ruins of the Surya Mandir to offer prayers at the site. On Sunday, Jammu and Kashmir LG, Manoj Sinha joined the crowd and took part in the Navgrah Ashtamangalam puja at the ancient Martand Surya Mandir in Mattan, Anantnag. The event saw the presence of saints, members of Kashmiri Pandit community and local residents.

Calling the puja a truly divine experience, LG Sinha said, “We are making dedicated efforts to transform historical spiritual places of J&K into vibrant centers that will guide us on the path of righteousness and bless this beautiful land with peace, happiness and prosperity.”

The Martand Surya Mandir comes under the jurisdiction of the Archaeological Survey of India. The ASI wanted Hindus to take its permission before they went on to conduct puja at the Mandir. ASI officials quoted by the Hindu said that the department was alerted about the visit of the L-G but “no permission was sought for puja” at the protected site.

Meanwhile, the government is taking a clear stand in favour of Hindus, saying that conducting customary rites at the site requires no approval from the ASI. According to a senior government official quoted by the Hindu, “…the ASI took control of this temple for preservation purposes in view of its historical and architectural importance. Under Rule 7(2), no permission was required for customary practices.”

Intriguingly, the ASI and former Jammu and Kashmir chief minister Mehbooba Mufti are on the same page when it comes to protesting against the act of Hindus performing puja at the Martand Surya Mandir. Mufti said, “While thousands of Kashmiris are jailed on frivolous charges, the head of the state brazenly flouts simple rules like performing puja at an ASI-protected site. Governance in J&K has been reduced to acts of puja & oppressing people into silence.”

Here’s What ASI Should Remember

The Martand Sun Mandir in Kashmir is a Hindu site of worship first, and only then is it the ASI’s “protected monument”. Built by Hindu ruler Lalitaditya Muktapida, the Mandir has faced the onslaught of Islamist zealots several times, particularly between 1389 and 1413. The Mandir was finally brought to ruins by Sikandar Shah Miri on the advice of Sufi preacher Mir Muhammad Hamadani.

The Martand Mandir was built on top of a plateau from where one can view the whole of the Kashmir Valley. The Mandir was designed in a way that the Sun’s rays fell on the Surya idol throughout the day.

Such was the magnificence of the Mandir, that even its ruins draw people to itself to this day. People are left stunned by merely seeing the ruins of the Mandir. Interestingly, the site becoming a tourist and picnic spot does not concern ASI much, however, Hindus offering prayers at the site infuriates the institution like its very existence is under threat.

ASI must remember that Hindus are the primary stakeholders of the Mandir and that if after centuries, ancient rituals are being revived, they must be welcomed and not frowned upon.

The ASI had no problem with a film starring Shahid Kapoor, called Haider misrepresenting the Martand Surya Mandir. In fact, the ASI even gave the go-ahead for the film to shoot at the “protected site” while showing the Mandir as a den of devil worship.

At the ruins of Feroz Shah Kotla in Delhi, which is also an ASI protected site, a picture shows Friday prayers being offered by Muslims. A picture of the same was shared on Twitter by a senior adviser to the Ministry of Information & Broadcasting, Kanchan Gupta.

The ruins of Feroz Shah Kotla in Delhi are ASI protected antiquity. As much as Martand Sun Temple in Kashmir is. pic.twitter.com/tSD4WMC5bf

The ASI should take steps to ensure that rites, rituals and customs go hand-in-hand with the preservation of cultural and historical sites across India, especially Mandirs. Hindus now want to reclaim the glory of Mandirs that have been destroyed by Abrahamic zealots. The ASI should support such an endeavour and help devotees who have begun working to sanctify such sites once again. It should become an active participant in the restoration of religious practices at such sites while ensuring that all steps are taken to physically protect the structures. Rather than becoming a part of the problem, it is time for the ASI to become a part of the solution.