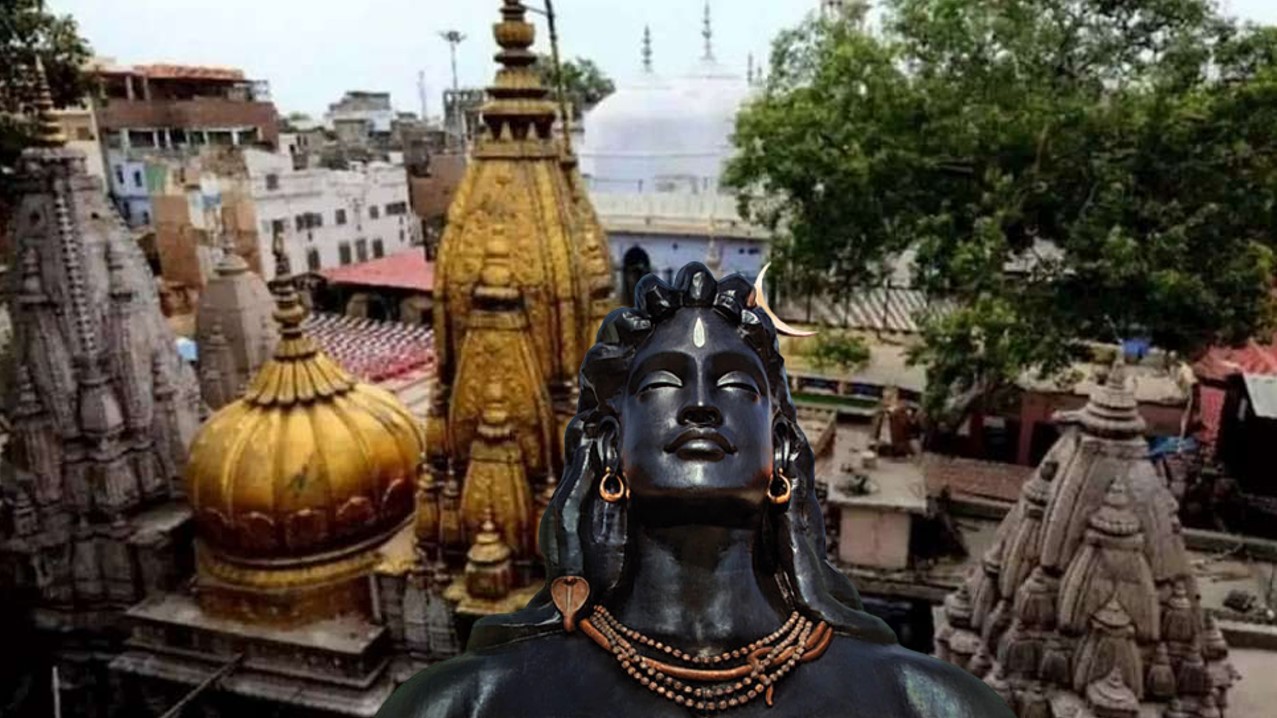 In a significant development, a team of lawyers opposing legal parties along with a Court-appointed advocate commissioner started conducting a videographic survey of the Maa Shringar Gauri site in Varanasi on Friday.

The development is crucial because the site is adjacent to the Gyanvapi Masjid-Kashi Vishwanath Temple Complex in Varanasi. Earlier, the caretakers of the Gyanvapi Mosque had expressed concern about the possibility of any videography inside the Mosque premises and had asserted that they won’t allow filming inside the complex.

Read more: Yogi govt is removing every mark left by Aurangzeb’s tyranny and Gyanvapi Mosque is the next target

The present survey is being conducted in accordance with the appointment of a court commissioner by Civil judge (senior division) Ravi Kumar Diwakar.

The commissioner has been appointed in a case filed by one Rakhi Singh and four other plaintiffs in April last year. The suit seeks a declaration that the plaintiffs were entitled to have daily darshan, pooja and perform all rituals relating to Maa Shringar Gauri, Bhagwan Ganesh, Mahabali Hanuman and other “visible and invisible deities within old temple complex”.

The plaintiffs claim that at the back of the western wall of the Gyanvapi Mosque, there existed an image of goddess Shringar Gauri. So, the plaintiffs want unhindered access to the premises of the ancient site.

They also want a direction to be made against the Mosque caretakers restraining them from interfering with, restricting or creating an obstacle in the performance of religious activities by the Maa Sringar Gauri devotees at the site of Adi Vishveshwar along with Bhagwan Ganesh, Mahabali Hanuman, Nandi and other deities.

Apart from this, the plaintiffs have also sought a direction against the opposite party to refrain from causing any damage to the idols.

Appointment of a court commissioner

The court commissioner was appointed in the same suit on an application moved by the plaintiffs for a local inspection at the site to ascertain to ascertain the images of Maa Shringar Gauri and other deities at the site.

In March, the Allahabad High Court dismissed a plea by the Anjuman Intezamia Masajid, the caretakers of the Gyanvapi Mosque, challenging the order of the civil judge.

Two basements of the Mosque to be surveyed

In terms of the court order, the entire survey will take three to four days. The entire process has to be video graphed and photographed.

Notably, the court has also directed the survey of both basements of the mosque. The key to one of the cellars is with the district administration, whereas the mosque’s managing committee has the key to the other basement.

The district administration was reportedly concerned about resistance by the Intejamiya committee, especially because it holds one of the keys. However, the caretakers of the Gyanvapi Mosque say that they will oppose the survey in a “peaceful manner”.

Apart from the specific averments in the given suit, the entire case is going to have wide-ranging ramifications.

Last year, a Varanasi court had directed the Archaeological Survey of India (ASI) to conduct a survey of the premises of the Gyanvapi Mosque to find out whether a Hindu temple was partially razed in order to build the Mosque. This had raised hopes of some development in the decades-old dispute. However, the order to survey the Gyanvapi Mosque was later stayed by the Allahabad High Court.

It seemed as if the Gyanvapi-Kashi Vishwanath case was going to go off track and stay out of the limelight for the time being. However, the latest survey and videography at a site adjacent to the Gyanvapi Mosque could bring some new historic revelations to the table and revive interest in the issue. Ultimately, Bhagwan Shiva devotees want to see a grand Kashi Vishwanath temple come up at its original site. This is what makes the present survey and videography an extremely crucial event.