AAP MLAs in Delhi get a 66 per cent salary hike, but Punjab’s job aspirants get lathis in return 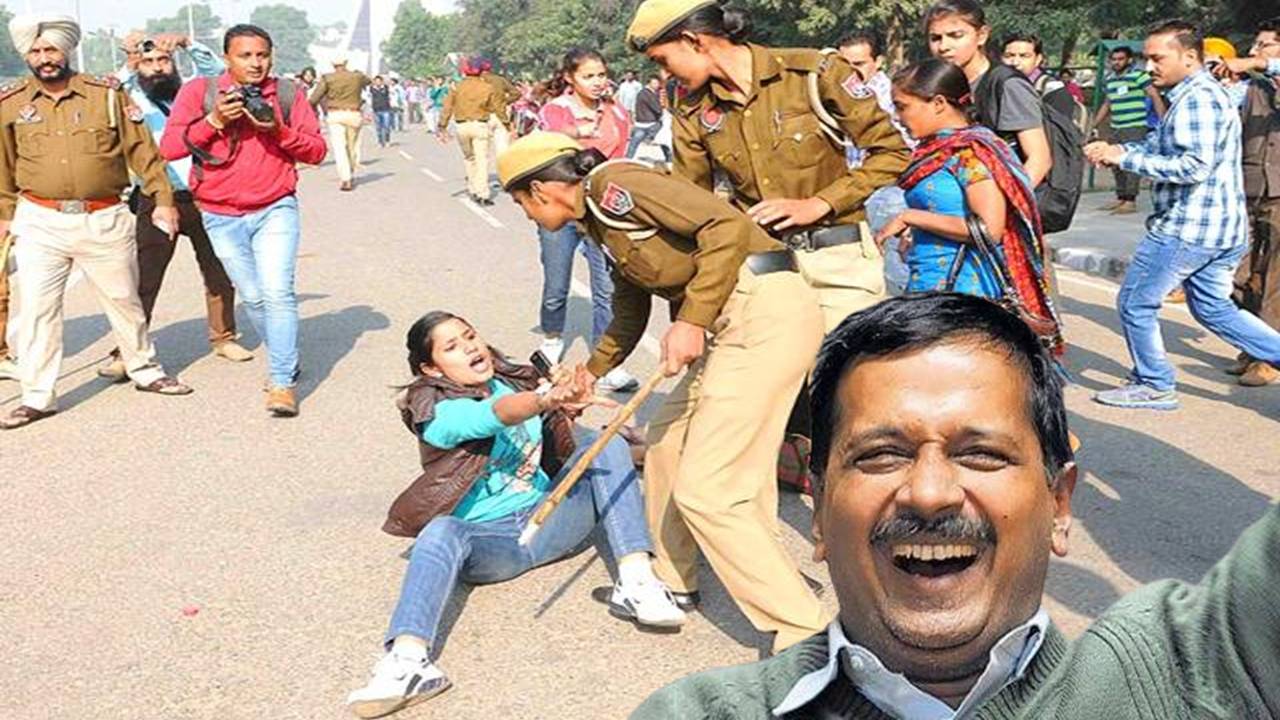 AAP and its Supremo Arvind Kejriwal are known for their more than anything else. The governments formed by his party are expected to be not much different. Recently, it was evident in differential treatments meted out to MLAs of the Kejriwal government in Delhi and unemployed teachers in Punjab. One segment got a 66 per cent salary hike, while the other was beaten black and blue by Punjab Police.

Salary of Delhi MLAs to increase

The Union government has given its assent to the Kejriwal government’s proposal of increasing monthly emoluments of Delhi MLAs. From now on, the MLAs of the national capital will be getting ₹90,000 per month. It is a whopping 66 per cent increase over the previous emolument of ₹54,000. The Delhi government will now put the hike for acceptance by the state assembly and then release the official notification about it.

Increase in salary of Delhi MLAs has been a long standing demand of the Aam Aadmi Party in Delhi. Last time the monthly emoluments of Delhi MLAs was increased in 2011. Just after the Kejriwal led AAP came to power with a thumping majority, it put forward its demands of increasing the salary component of MLAs pay from ₹12,000 to ₹54,000. But, the centre capped it to ₹30,000 and asked for a fresh proposal. Then in August last year, the Kejriwal government sent fresh proposals with reduced and realistic expectations.

Ram Niwas Goel, Delhi assembly speaker said “Last time, the salary was increased in 2011, and we presented the proposed hike to the Centre in 2015 but it was turned down. We projected ₹1,80,000 in 2015. In 2021, the Centre gave a proposal that if the cabinet accepts the proposal then the Delhi cabinet has to give approval. After the Delhi government, Cabinet has given the approval and LG gave the nod yesterday. Earlier, along with allowances and salary amount was ₹ 54,000 and now it will be ₹ 90,000.”

Read more: Delhi’s oxygen crisis is a man-made disaster and only one person is responsible for it – Arvind Kejriwal

The swiftness with which the AAP government acted towards increasing the pay of its own MLAs was missing from the government of the same party in Punjab. Instead, the party has decided to double down its torchure on the people asking for employment in Punjab. These are the same teachers whom Kejriwal left no stone unturned in wooing, albeit before assembly elections.

Read more: Punjab had a drugs problem. Then came AAP, now it has a debt problem too

Now that the party is in power, AAP seems to have forgotten them. According to a report by Hindustan Times, on May 8, 2022, Physical Training Instructor (PTI) job aspirants gathered outside the residence of education minister Gurmeet Singh Meet Hayer in Barnala. They were demanding the AAP government to recruit 2,000 PTIs , the advertisement for which was published by Charanjit Singh Channi government.

It’s not about the principles, it’s about convenience

When the protests started to encircle the Minister’s house, who apparently was standing beside them during Congress regime, the Punjab government ordered state police to launch a lathi charge operation on innocent candidates. Then they went into punitive mode and apprehended candidates for demanding their own rights.

With the duality in its attitude, Kejriwal and AAP have again proved that they are never about principle. They are about convenience. When principles do not suit its convenience, then it is ready to drop them at a whip. Otherwise, the aspiring PTIs in Punjab would not have to take the hit from Punjab administration.