The Criminal Procedure Identification Bill 2022: The need, the gaps and the potential hazards 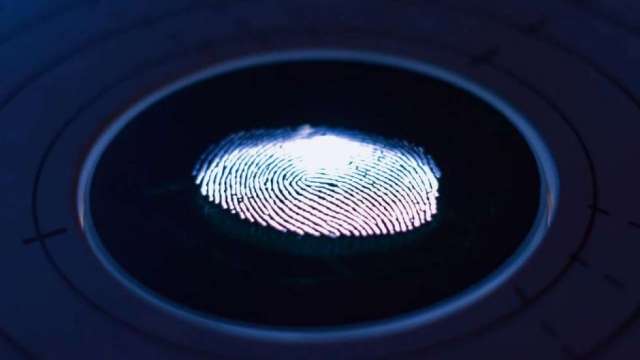 A British era law ‘The Identification of Prisoners Act 1920’ was the only law in India till date which allowed the Police to gather basic identifiable information such as fingerprints and footprints of the detained and convicted persons. With the advancement of technology and the need for scientific analysis of crime and criminology, the provisions of the above Act were very insufficient.

In 1980, the Law commission had recommended to amend the Identification of Prisoners Act to bring it in line with modern technology and support the requirements of criminal investigation.

Later in 2005, the Code of Criminal Procedure (CrPC) was amended to empower a magistrate to order to collect handwriting samples and photographs of any person for the purpose of investigation. Even this was found to be lacking from the perspective of progressing scientific analysis of crime and criminology and developing crime investigation systems in the modern world.

The aforesaid situation meant that till now, the agencies had very little scientific data to support their investigations and they remained dependent on primitive ways of identification procedures such as fingerprint and footprints.

To tackle this situation the Criminal Procedure identification Bill was introduced in the Lok Sabha in March this year and was passed on April 4. Later the Bill was passed in the Rajya Sabha on April 6, 2022.

The 2022 Bill seeks to replace the Identification of Prisoners Act 1920 and encompasses a very wide category of data to be collected to infuse a scientific approach in the Crime Investigation processes and related databases.

Key features of the new Bill

Along with what was permitted earlier, the new Bill also permits collection and analysis of biological samples such as blood, semen, hair, swabs, and other attributes such as handwriting, signature samples and other samples for DNA profiling. The aforesaid samples are permitted to be collected from any person who is arrested or convicted.

Biological samples can even be taken forcibly from any person who is arrested for any offence against women and children, or if the offence is punishable for 7 years or more.

Also, a Magistrate will now be empowered to permit collection of samples from any person if he is under preventive detention or for the purpose of aiding an investigation.

In the earlier law, only the Investigating officer and a Magistrate were empowered to collect the permitted samples. Under the new Bill, even a head warden of a prison, a head constable along with the previously mentioned authorities are empowered to direct the collection of the samples.

Right to Privacy: When any person is identifiable from the data that is collected, then there is a risk to the right to privacy. Identifiable information essentially means personal and sensitive data which is protected under right to privacy which is recognized to be a fundamental right by the Supreme Court of India.

The Bill shall have to pass the test of principles built in the right to privacy and the test of proportionality, which allows the infringement of privacy for public purposes only in proportion to achieve the purpose.

As per the new Bill, the data is allowed to be stored for 75 years or till the person is fully acquitted.

While India still does not have a codified Privacy Protection law, prima facie the new Bill appears to be in direct conflict with Right to Privacy.

It cannot be denied that if personal data is allowed to be collected and stored for 75 years, the Police and other law enforcement agencies might develop a tendency to misuse the data to harass certain people. Certain categories of people may also be harassed en masse or persecuted. Data may also be used for other illegal purposes such as political, and commercial purposes without anybody’s consent.

New Bill may work against Right to Equality

When data of certain category of persons is collected, analysed and put to use in criminal investigation, then one cannot rule out certain arbitrary and discriminatory actions by the state and law enforcement agencies. Such personal data collection and storage for 75 years may lead to developing policies and action plans based on prejudices and lead to unequal treatment of people.

No doubt, law and order, security and sovereignty of the State, safety of the citizens are of prime importance, but the State while achieving these objectives must work out ways to also safeguard fundamental rights such as the right to privacy and equality of its citizens. Scientific approach in investigation, analysis of crime and criminology will require an infusion of technology, data collection and analysis. The new Bill is a step in the right direction, and may face some rough weather before the law is implemented in a more refined form.

READ | Do you think WhatsApp Admins have no legal liabilities? Read to understand

The author is a practising lawyer in Bombay High Court and the Supreme Court based out of Pune.

(Disclaimer: The views expressed above are the author’s own and do not reflect those of DNA.)