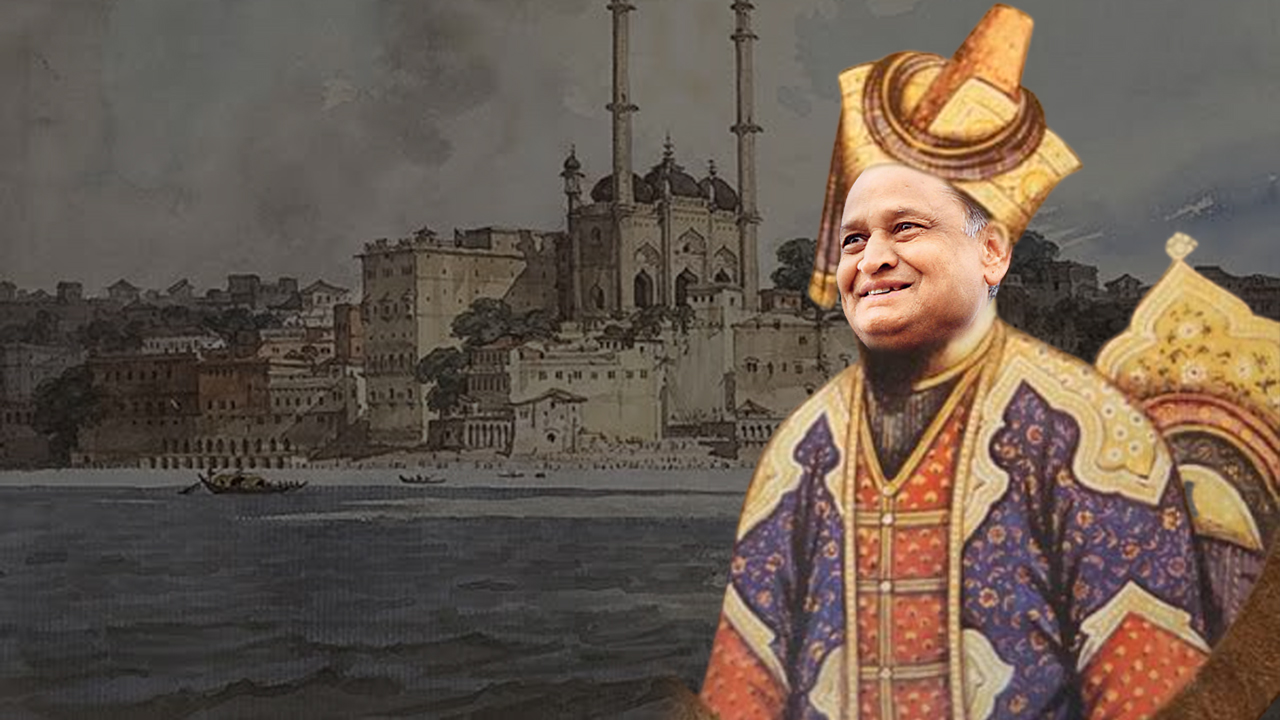 With the temple demolition drive in Rajasthan, Ashok Gehlot seems to be the reincarnation of the Mughal tyrant Aurangzeb. Three temples have been demolished in the Rajgarh area of Alwar district, despite massive protests from the locals. Out of the three temples wrecked, one demolished Shiva temple is believed to be around 300-year old. The idols of Lord Shiva, Lord Hanuman, and other deities installed within these temples were ruined. According to the locals, the authority officials disrespected the idols as well. They went near the idols wearing shoes and slippers. The cruel officials removed the Lord Shiva idol by using drill machines and cutters.

In a tweet, BJP National IT Cell Head Amit Malviya, shared a video of the temple demolition and lambasted the Congress’ Secularism. He defined Congress secularism as “the one shedding tears on Karauli and Jahangirpuri and hurting the sentiments of Hindus”. Hindu organisations tried to lodge a FIR against Rajgarh MLA Johri Lal Meena, SDM Keshav Kumar Meena and Municipal Executive officer Banwari Lal Meena of inciting riots. The police however had not registered an FIR on their written complaint.

Read More: Once the land of the brave, Rajasthan is now a living hell for Hindus

This is not the lone case of tyranny against the Hindus/temples. As reported by TFI, in mid March ‘Ram Darbar’, the entry gate of the famous Salasar temple was destroyed by the Aurangzeb aka Ashok Gehlot government. The act of destruction went viral in which the statues of Ram, Sita and Laxman were installed.

Read More: What is happening in Gehlot’s Rajasthan?

The Hindus in Rajasthan could not happily celebrate Hindu Nav-Varsha. The Islamist mob attacked the Hindu festive procession and pelted stones. Several people were injured in the communal clashes after that. Some police officials rubbed the cause of violence on Hindu deity slogans and songs. The victim Hindu community was questioned for the incident. Many liberals and politicians came to the fore to rescue the rioters and Islamic radicals.

The administration soon imposed Section 144 for a month and prior permission would be required for any religious processions, gatherings etc. However, in a new order dated 19th April, uploaded on social media by Alwar MP Yogi Balaknath, the Rajasthan Government has asked all its District Collectors to distribute invitation cards to prominent Muslims. Apparently the Rajasthan CM, Ashok Gehlot will attend an ‘Iftar’ party with his MLA’s and prominent Muslims on 23rd April.

Read More: Thanks to Congress govt, Rajasthan is becoming a hub of crime, corruption and Islamists

The reign of Aurangzeb was one of the darkest periods of history for the Hindu community. The Mughal tyrant got sadistic pleasure on the destruction of the Hindu temples. He tried everything to mass convert Hindus, murder and plunder them. To suppress the Hindu religion he had his Jizya system, which was a tax for following Hindu religion.

The modern day tyrant Ashok Gehlot is also following the footsteps of the Mughal barbarian Aurangzeb. His government in the name of development is destroying Hindu temples, Hindu deity slogans have been brandished as a provocative reason for the Karauli violence. Special privileges have been given to Islamic festivals like holding an ‘Iftaar’ party when the other religious festivities have been soured by the imposing of Section 144.