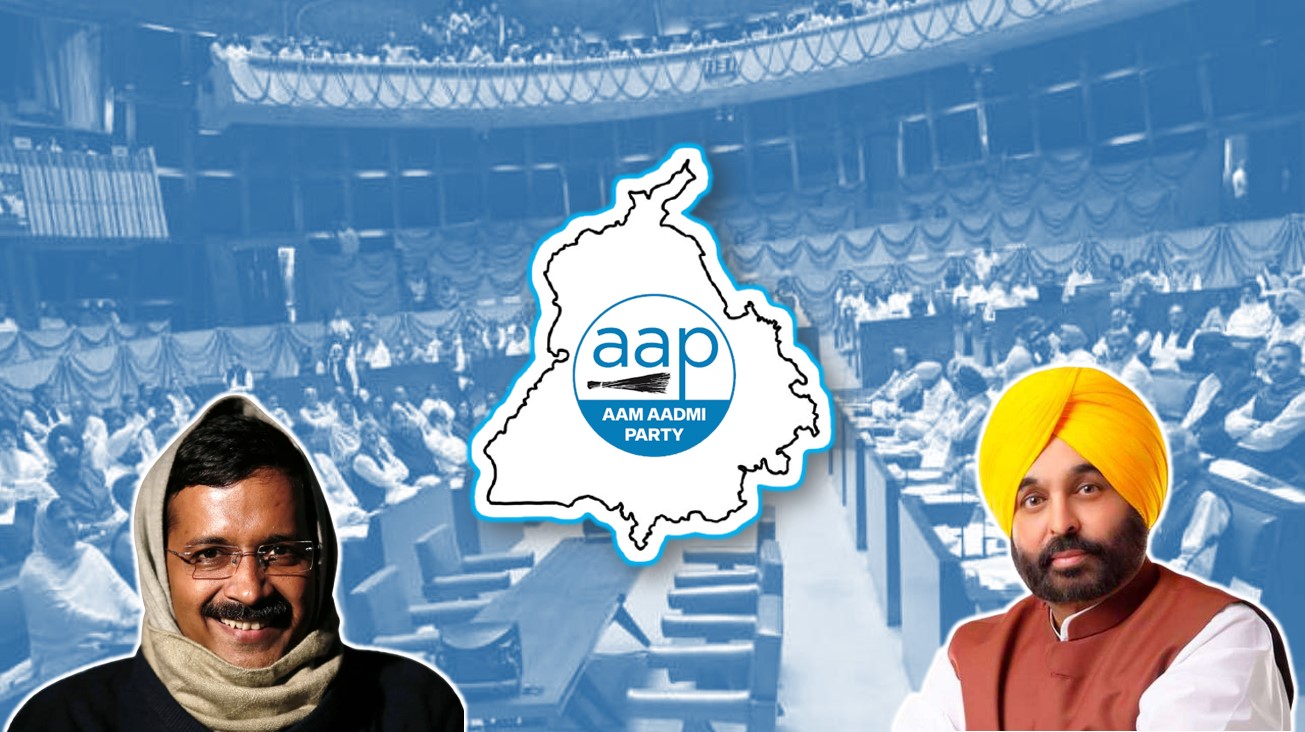 The Confronting, ‘blaming everyone’ and anarchist behaviour of AAP repeats in the new state as well. Bhagwant Mann stroked the security tensions in the state by politicising a non-issue and using it as a secession tool.

During his Vidhan Sabha speech, CM Mann spoke about a weird claim that was full of inconsistencies. He claimed that after the valiant efforts of our security forces to neutralise the terrorists in Pathankot, he received a letter that Punjab should pay 7.5 crores as the Military was sent. He told the assembly that he along with another AAP MLA Sadhu Singh went to meet Rajnath Singh. He told Rajnath Ji to deduct the amount from his Member of Parliament Local Area Development (MPLAD) fund but should give in writing that Punjab was not a part of India, and the army was deployed on a rental basis.

During Pathankot attack,military came.Later I received letter that Punjab should pay Rs 7.5 Cr as military was sent.Sadhu Singh&I went to Rajnath Singh.Told him to deduct from my MPLAD but give in writing that Punjab isn’t country’s part&took military from India on rent:Punjab CM pic.twitter.com/Gbg7yIJTRj

Right or wrong is debatable but deployment of CAPF (not military as he is claiming) is chargeable since many decades. The rule is same for all states. Punjab wasn’t specifically sent the bill, all states get it wherever CAPF is deployed. Such speeches evoke separatist sentiments.

In 2016 on the intervening night of Jan 1-2, a group of Pakistani terrorists attacked the Indian Air Force (IAF) base in Pathankot. Seven of our brave soldiers paid their ultimate sacrifice while neutralising all the terrorists. The fighting and cleaning operations involved 80 long hour gun battles. The terrorists belonged to the Pakistani terror outfit Jaish-e-Mohammed (JeM). JeM chief Maulana Masood Azhar masterminded this heinous attack and is still being shielded by the Pakistani establishment.

Resolution to transfer Chandigarh to Punjab

Punjab CM Bhagwant Mann also moved a resolution in the Vidhan Sabha to transfer Chandigarh to Punjab. Chandigarh has a unique feature as it is a Union Territory as well as the joint capital of Punjab and Haryana.  The resolution was adopted and passed unanimously with only BJP MLAs opposing it and staging a walkout.

Resolution for transferring Chandigarh to Punjab was passed unanimously…Now for Punjab’s issues and rights, we will approach the Central govt, and seek time from President, Prime Minister, Home Minister. Wherever needed we will go for Punjab’s rights…: Punjab CM Bhagwant Mann pic.twitter.com/8wXMY8LGxl

This one-day special sitting of the first session after assembly elections was called in response to the centre’s action. Earlier, the Union Home Minister Amit Shah announced that Central Services rules will also apply to the Chandigarh Employees.

After the oath-taking ceremony, the newly elected AAP government of Punjab is following in the footsteps of its own government in Delhi. The Delhi Government spends most of the time after the election blaming and picking fights with the Centre on each and everything instead of working for a bit.  The AAP has flirted with the Khalistani supporters in the past which has been highlighted by Ex-AAP leader and former close friend of Arvind Kejriwal – Kumar Vishwas.

The repeated mentioning of Punjab’s security for credit clearance from the centre and now mentioning of this demand to do in writing that Punjab is not a part of India for a regulatory centre-state affair gives a bad omen because Punjab is a border state which has fought against separatist forces for decades and lost many civilian lives.