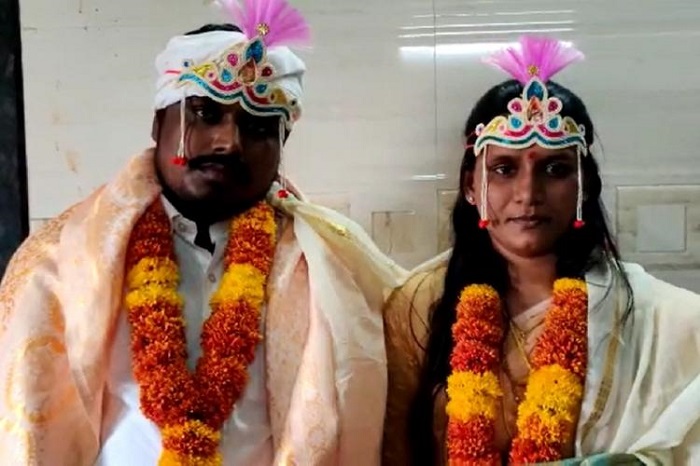 On Monday, Jaikalyani, daughter of Tamil Nadu state Hindu Religious and Charitable Endowments Minister PK Sekar Babu wrote to the Bengaluru Police Commissioner Kamal Pant seeking protection from her father. Jaikalyani said that she and her husband, Satish Kumar are receiving death threats from her father.

Daughter of Tamil Nadu minister P.K. Sekar Babu flees from her home where she claims she was being forced to marry a man against her wishes, weds her lover in Karnataka & seeks protection from Bangalore Commisioner as she feels she & her husband could be targeted. pic.twitter.com/XP0kEgt6Gt

According to the reports, PK Sekar Babu is a close aide of CM MK Stalin and has been opposing the relationship of his daughter with Satish Kumar. Jaikalyani, in the memorandum submitted to the Commissioner stated that her father had arrested Satish Kumar and took him into custody for two months after they both had attempted to marry each other earlier. Reports mention that Satish Kumar belongs to the Dalit community and is a driver by profession.

In September last year, the couple had first tried to get married. Satish Kumar also had released a video where he had said that he and Jayakalyani were in a relationship for six years. “PK Sekar Babu got to know about us in January, 2021. We didn’t speak for a while. But later, we started talking again and in August, we ran away together from Chennai. I’m scared now. There are threats to my family from Sekar Babu,” he had said.

“I suspect the role of my father behind this. I am an adult. We both love each other and have got married,” Jayakalyani was quoted. She added that she and her husband are receiving threats that if they return to Tamil Nadu they might have to give up their lives. She also stated that she ran away from her home as PK Sekar Babu had forced her to get married to some other person whom she did not like.

It is important to note that the DMK government has always encouraged inter caste marriages. The government had last year thought of reintroducing the Anjugam Ammal Memorial Intercaste Marriage Assistance scheme. The original scheme was introduced in 1967 to encourage inter caste marriages and later renamed after Anjugam Ammaiyar, the mother of the late DMK supremo, M Karunanidhi.

The DMK govt had also offered monetary aid to those from the Adi Dravidar or Scheduled Tribe communities marrying outside their castes. The scheme didn’t exclude Christians or Muslims either.