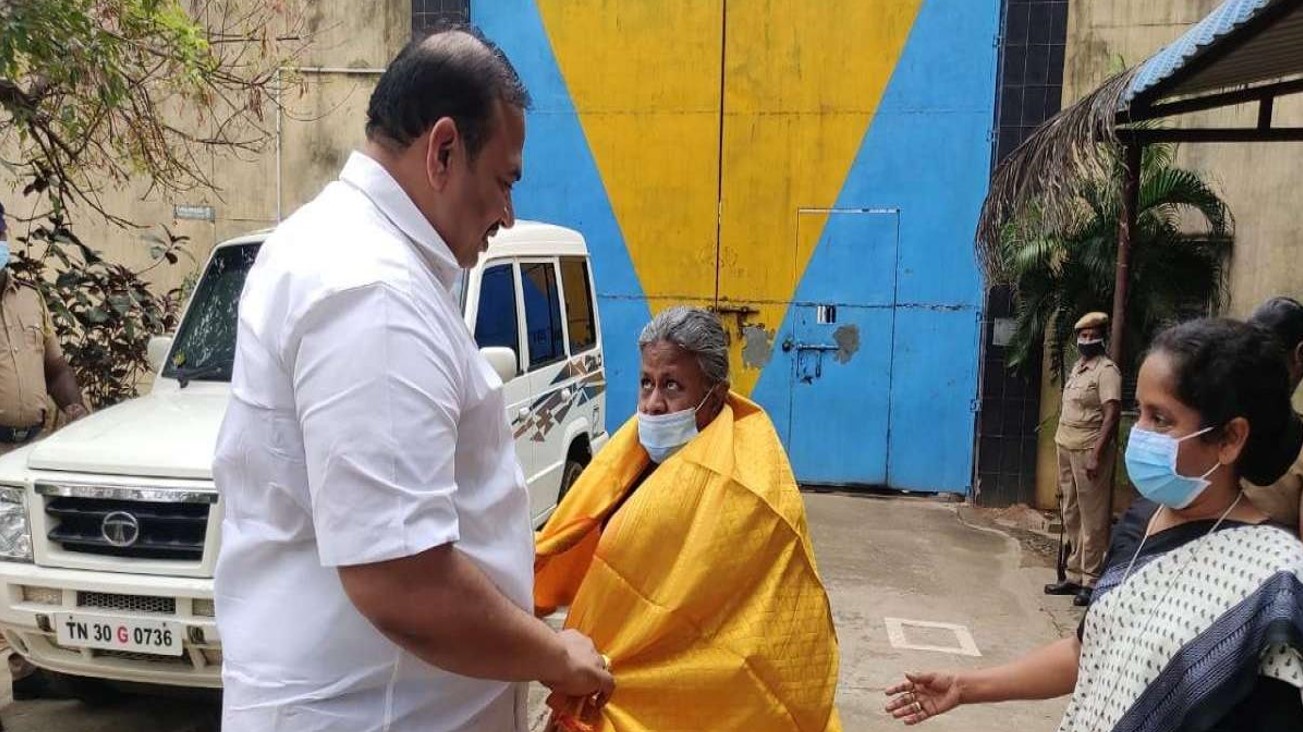 M K Stalin’s DMK seems to be in a hurry to pacify Christian missionaries angry with the exposure caused due to Lavanya’s suicide. Dravida Munnetra Kazhagam (DMK) has now felicitated a warden whom Lavanya effectively accused of forcing her to commit suicide.

Recently, Sagaya Mary, warden of the hostel in Lavanya’s school was temporarily released by Court in the 17-year-old child’s suicide case. She was detained in Trichy central jail. Her bail application was filed in Thanjavur District court.

As soon as she came out on bail, DMK MLA Inigo Irudayaraj felt a strong desire to felicitate the warden. He honoured her with a shawl.

Lavanya had named her in dying declaration

Recently, a 17-year old child was forced to take her own life after being constantly pressurized to change her religion from Hinduism to Christianity. She was a student of Sacred Heart Higher Secondary School, Thirukattupali in Thanjavur. Sacred Heart is a government-aided Christian school.

Apparently, this VIP treatment of Christian missionary by atheist Stalin’s party members came after in the wake of fact that Lavanya had specially named her in her and Racheline Mary, both nuns, of harassing her after she refused to embrace Christianity.

Read more: Atheist MK Stalin – the next chairman of ‘The Advisory Committee On Temples’

Stating that both tortured her, in her last video, Lavanya had said, “My name is Lavanya. They (school) had asked my parents in my presence if they can convert me to Christianity and help her for further studies. Since I didn’t accept, they kept scolding me.”

CBI is probing the case

Later, a case was registered, and the warden was arrested. However, lobbies covering for conversion mafias went on to create an atmosphere that there was no conversion angle in suicide. Firstly, the media harassed Lavanya’s parents, then Tamil Nadu police tried to falsify the parent’s allegation.

Even the state’s Minister of School Education and the Minister of Women and Child Welfare and Social Defence toed the police’s line on the conversion angle. Fed up with all this, Lavanya’s parents requested the court that local administration cannot serve justice to them since they are prejudiced in favour of Christian missionaries.

Acknowledging their concerns, Madras High Court ordered that the CBI will probe into Lavanya’s suicide case.

A person’s dying declaration is considered the ultimate truth. However, for DMK ruling over Tamil Nadu, it seems that protecting Christian conversion mafias is way more important than suicide of a teenage girl.