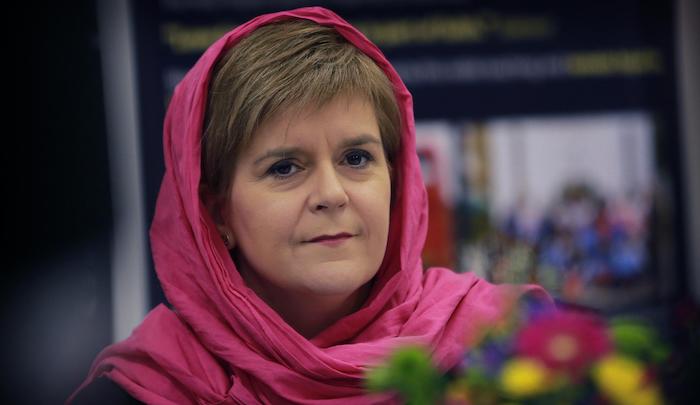 The Southside of Glasgow looks like Pakistan. This is the constituency of the First Minister of Scotland, Nicola Sturgeon, and it could explain why she is constantly pandering to Muslims and their ways: she needs their votes. Muslims understand the value and the power of a vote, they vote in a bloc, and they vote more regularly and more consistently than their Scottish counterparts. A celebration of Muslim contributions to Scotland is set for today, Saturday, February 5, in Glasgow’s biggest museum. To celebrate the event, the First Minister has stated: “I frequently wander around the Southside of Glasgow and try to imagine it without the South Asian communities and it is impossible to do so. The nature, the feel and the identity of this city would just be radically different, and let me say hugely inferior, without their contribution. Therefore, to be able to celebrate it in the way that this GlaswegAsian exhibition does, is so hugely important.”

Scotland without Muslims would be an inferior place. That’s her message to us all. Why not tell a lesser lie, and say something along the lines of “Muslims add great things to an already great city and land and people”? Why do we all need to be told that we’re inferior to Muslims? This is something along the lines of heaping too much praise onto a disabled child in a bid to elevate his spirits. That’s what it feels like to me, and it does no one any good. It is a divisive and dishonest message.

The Southside of Glasgow, thanks to all too many Muslims, is an absolute sh*thole. As is so often the case, where Muslims create enclaves, it is filled with rotting fruit and vegetable shops, filthy halal butchers, Islamic bookstores, secondhand phone shops, kebab shops (where murders, rapes, drug-dealing, sexual grooming and more take place), shops that sell ludicrous bling and clothing, roaming gangs of young men, and mosques. It is not superior in any way. The streets are filthy, the garbage overflows from the bins, and vermin run around freely.

“Wee nippy,” as Sturgeon is referred to because of her odious temperament, is choosing to ignore the events of the Southside that are a direct result of Muslim contributions. The murder of Kris Donald. The drug wars, and the lives ruined exactly because of Muslim drug dealers. The prostitutes being drugged, raped and killed in the Turkish cafes. Glasgow’s largest mosque, again in the Southside, praising jihadis, forcing moderate Muslims out of leadership roles, terrorizing the congregation into silence, and funding a terrorist group in Pakistan. Such things are but a few of the contributions that Muslims have made to Scotland and the Southside of Glasgow in particular, and such are the deeds which Sturgeon feels we can’t live without.

Sturgeon has also come under fire for writing a character reference to a judge on behalf of a Muslim serial fraudster, pleading for him not to be given a custodial sentence. He had previously served time for four years for stealing £58,624 in pension and benefit payments, and when she took to writing on his behalf, it was after he had defrauded the Department of Work and Pensions of another £80,000. She claimed it was simply a “mistake” on his part. These are the contributions by Muslims to Scotland that will go unmentioned at the event.