Austria: ‘Hero of Vienna,’ a Muslim who aided cops during jihad attack, worked for group that funded Hamas 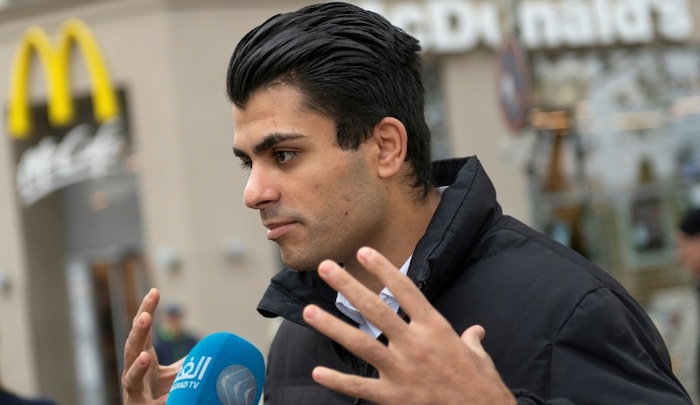 Everyone assumed when Osama Abu El Hosna aided injured police amid a jihad massacre that he was a moderate who rejected terrorism. But support for Hamas is far more widespread among Muslims than most analysts are willing to admit.

The “Hero of the Vienna Terror Night” and author of the book “We are not like that,” the Palestinian Osama Abu El Hosna was honored with medals from the city of Vienna a year ago. They even wanted to speed up the citizenship process. Now he himself is the subject of the official terrorist investigation “Operation Luxor.”

He became known as the “hero of the Vienna Terror Night” when he rushed to the aid of an injured police officer who had been shot by the Kosovar Islamist Kujtim F. during a shootout at Schwedenplatz. Numerous appearances on television, as well as a book with the catchy title “We are not like that” about the racism and “Islamophobia” of the Austrian population towards him and his family followed. Now the 24-year-old Osama El Hosna himself is being targeted by the Austrian authorities.

El Hosna is said to work for an organization that forwarded part of the donations received to the Islamist terrorist organization Hamas. His commitment was documented by photos. His lawyer is the daughter of Palestinian immigrants and former SPÖ politician Muna Duzdar. She is outraged by the allegations and charges racism. “Had he worked for Caritas, that probably wouldn’t have happened. But with a club in which only Arabs are active, you are immediately suspected of being a terrorist.”