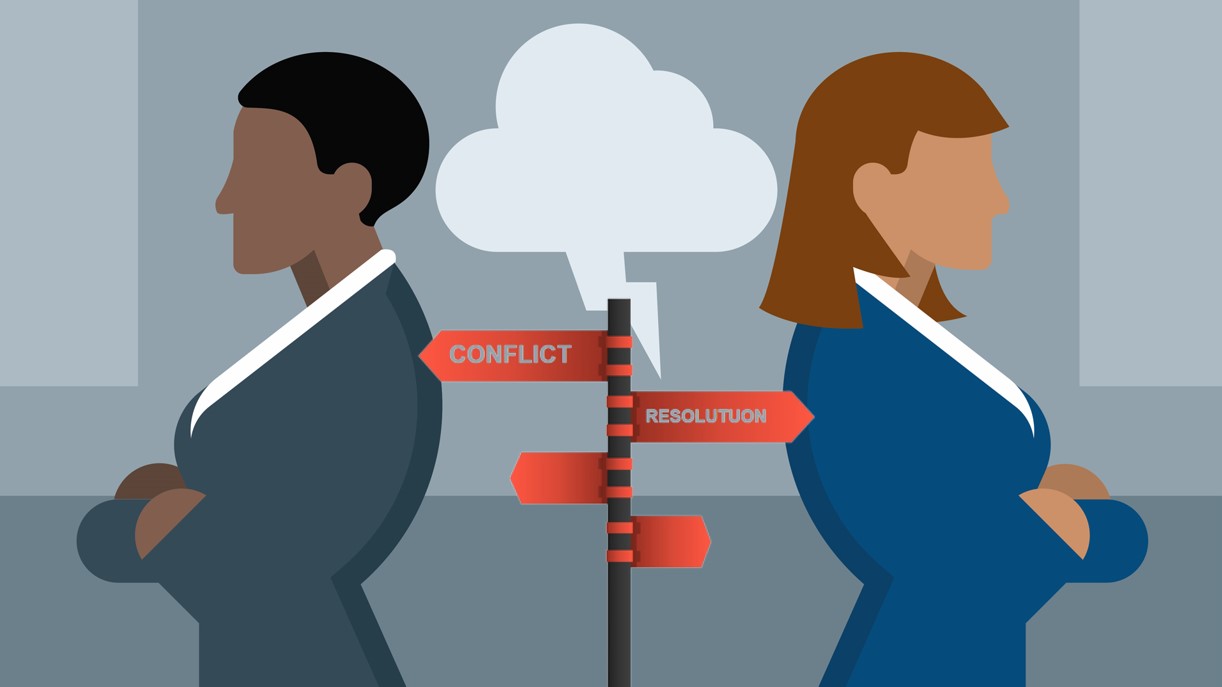 Everyone and every organisation are confronted with the issues of peace and how to resolve conflicts. In the following lines, I propose to discuss these briefly. Before I come to the subject of peace & conflict resolution, I am reminded about the definition of health by W.H.O., which points out; health does not mean the absence of disease. Similarly, peace does not mean the absence of conflict. Peace is a stage of mind, peace means being in harmony with yourself, as well as with your surroundings including animals, birds, and natural resources. You enjoy peace for yourself and that leads you to happiness. Similarly in society as well, when a group of persons or a country are in peace, they are happy and pursue higher goals in life including self–attainment. On the other hand, violence and conflict include mental, physical, economic, geopolitical, and social harm.

Factors that cause human conflict

Denial of problem can be the starting of conflict when simmering situations are not addressed. Secondly, the absence of dialogue with the other party is an important reason leading to conflict. Thirdly, distrust about authorities that they would resolve the conflict. Fourthly delay in resolving the contesting issues could be a crucial factor resulting in conflict. Other factors include, historical, political, social, economic, and geographical. Corruption is another nefarious factor. Factors leading to the conflict could be internal as well as external in the case of a country.

As mentioned in factors, challenges depend upon each conflict. Mainly polarisation among the warring groups and refusal to come to negotiating table is a key factor. Each side prefers to be in their own cocoons and many a time keeps on having imaginary ideas about the other side. If the authorities keep on delaying the resolution of conflicting issues, resolving the disputes runs into difficulties. As is well-known, the colonial masters indulged in divide and rule and promoted conflicts. There are external as well as internal factors that result in a continuation of conflicts. If there is rampant corruption, any number of efforts to resolve the conflict is bound to fail.

Healthy and Viable approaches for building and resolving conflicts

There should be an encouragement to voice the concern loudly so that everyone can be aware of the reasons for conflict. In other words, the political system must be democratic and encourage free voicing of their views. Secondly, there should be freedom to adopt alternative options after regular intervals through elections. Thirdly, there should be a separation of powers among executive, legislature, and judiciary so that there is scope to have checks and balances. The system must be fully accountable to the people. There should be robust legal machinery to effectively prevent corruption. All elements of good governance need to be implemented. There is a need to have sharing of power among different communities and minorities so that no group of the society feels alienated. The external powers must refrain from interfering in the internal situations of other countries. According to Indian Army Chief General M.M. Naravne, ‘Some nations are challenging globally accepted norms and the rule-based order.’ The freedom available to people must be used responsibly. The use of social media for hate speech leading to conflicts is on the rise. Efforts to interfere in the affairs of other countries through technology such as social media has given rise to conflicts.

Actionable steps to be taken by

If efforts are made on the above lines, the world would certainly be a peaceful place to live.