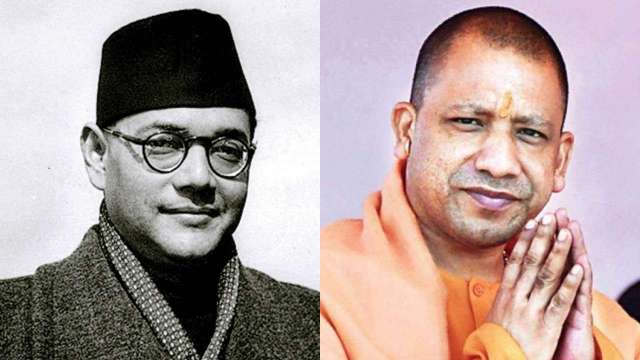 Yogi Adityanath paid tribute to Netaji by recalling his immortal freedom mantra, ‘You give me blood, I will give you freedom’ in a tweet.

CM Yogi said, “The great hero of the Indian freedom struggle, the leader of ‘Azad Hind Fauj’, the inventor of the immortal freedom mantra ‘You give me blood, I will give you freedom’. Tribute to ‘Netaji’ Subhash Chandra Bose on his birth anniversary ‘Parakram Diwas'”

Born on January 23, 1897, Netaji played a crucial role in India’s freedom movement. Subhas Chandra Bose had also established the Azad Hind Fauj. Meanwhile, in a first, India will begin Republic Day celebrations from January 23 instead of January 24, to include Netaji’s birth anniversary. To commence the celebrations of Republic Day, Prime Minister Narendra Modi will unveil the hologram statue of the freedom fighter at India Gate in Delhi on Sunday at around 6 pm.

The Prime Minister has said that till the time the work for the “grand statue” of Netaji, made of granite, is completed, a hologram statue would be installed at the same place. The hologram statue will be powered by a 30,000 lumens 4K projector. An invisible, high gain, 90 per cent transparent holographic screen has been erected in such a way so that it is not visible to visitors. The 3D image of Netaji will be projected on it to create the effect of a hologram. The size of the hologram statue is 28 feet in height and 6 feet in width, according to a statement issued by Prime Minister’s Office.