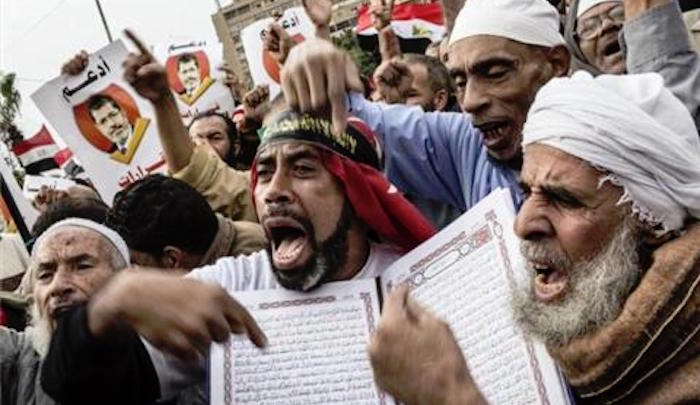 The veracity of this story cannot be taken for granted, as it comes from a mouthpiece for the Iranian regime, the Ahlul Bayt News Agency, and reflects Shi’ite polemic against Sunnis. However, it also shows the pitfalls and difficulties of genuine Islamic reform: anyone who attempts such a thing is immediately branded a heretic and apostate.

AhlulBayt News Agency (ABNA): Authorities in Egypt are facing backlash for their plan to ‘modernise’ Muslims Holy Book, Quran. An Egyptian author and journalist criticized a proposal being discussed by the country’s Senate on writing a modern interpretation of the Holy Quran.

It would provide an answer to certain Hadiths that extremist groups refer to in order to justify their ideologies, Amer added.

Qutb al-Arabi, the author and journalist, wrote in a piece carried by Arabi21 website that silence on such a proposal is not possible because it has been put forward by politicians and government officials, not by scholars and experts.

He said manipulation of the most sacred Muslim text, namely the Quran, with the aim of serving governments and rulers is not acceptable.

“Who could accept tying of the verses of the Quran to serving unjust policies or presenting distorted understandings to cover and justify abnormal phenomena in society in order to satisfy international pressure groups?” he wondered.

He described the proposal put forward by Amer and endorsed by the country’s Awqaf minister and grand Mufti as being in line with the lies on a “new state” that President Abdul Fattah el-Sisi and the media have been talking about….

This pharaonic identity is being presented as an alternative to the current Arab-Islamic identity, he stated, adding that one cannot rule out that a new flag and national anthem will soon be announced for it as well.