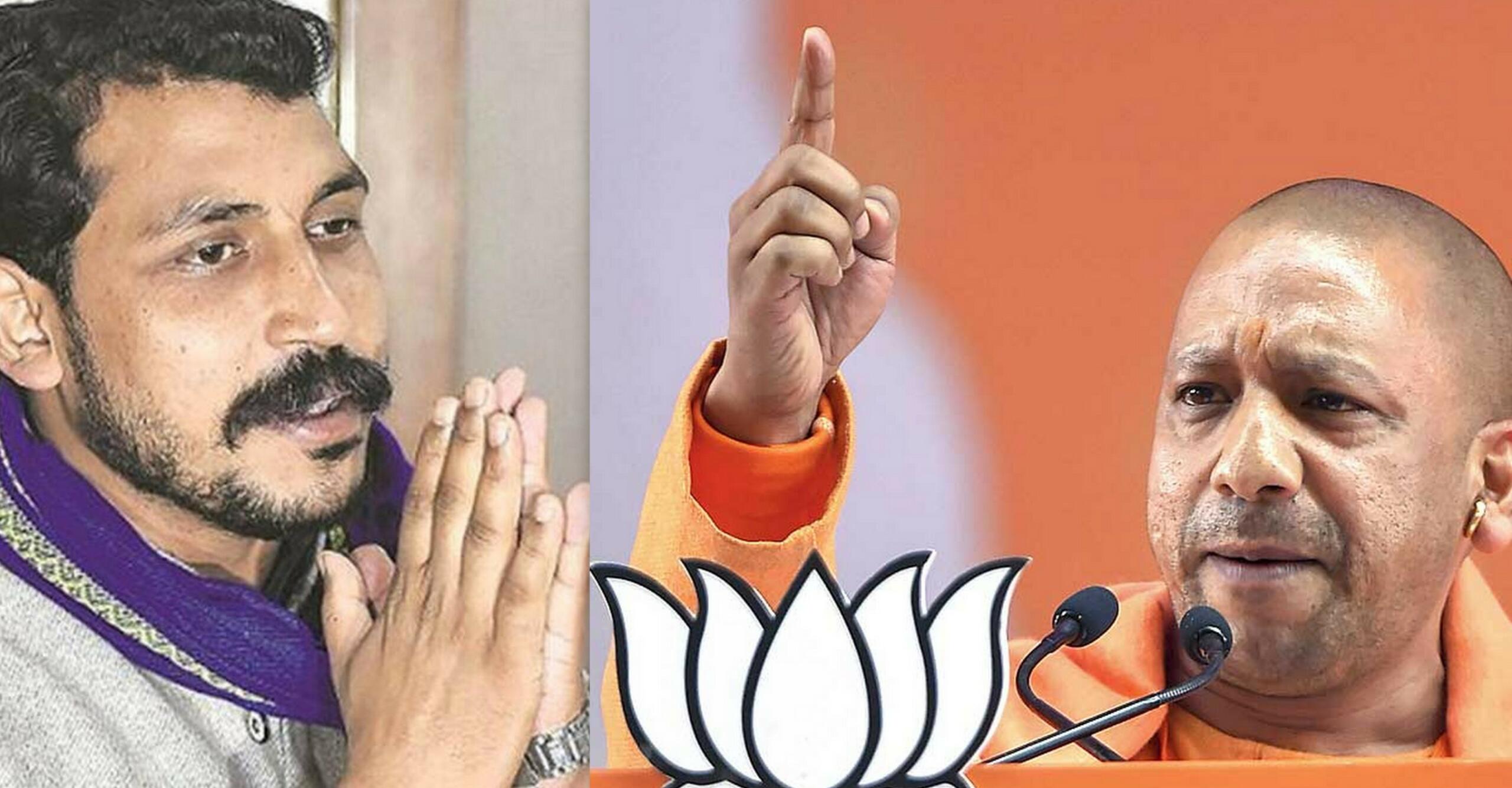 The Uttar Pradesh (UP) Assembly elections are now picking up pace, as India’s most populous state is all set to go to the polls in less than twenty days now. The BJP is expected to emerge victorious with opinion polls predicting a comfortable majority for the party and the second term in power for the Yogi Adityanath government. But, all other parties are trying their best, and now even Bhim Army chief Chandrashekhar Azad ‘Ravan’ has also announced that he will contest polls against Yogi Adityanath from Gorakhpur.

Now, this may be a masterstroke as far as publicity gimmick is concerned. But practically it doesn’t make any difference, given CM Yogi Adityanath’s unparalleled popularity in Gorakhpur.

Chandrashekhar Azad to go solo in UP elections

The Bhim Army chief failed to find a place in the SP-led opposition alliance. So, the 35-year old decided to go solo and take on Uttar Pradesh CM Yogi Adityanath. Azad accused SP chief Akhilesh Yadav of ignoring Dalits and not accommodating them in the alliance despite promises to fight for social justice.

No opposition solidarity in the Gorakhpur seat

According to Samajwadi Party leaders, a family member of a former Minister associated with the BJP may be fielded from Gorakhpur.

Yogi heading for a cakewalk in Gorakhpur

During the 2019 Lok Sabha elections too, Bhim Army chief Chandrashekhar Azad Ravan had announced that he would contest against Prime Minister Narendra Modi from Varanasi. Later, he had however backtracked on the question of contesting polls against the Prime Minister and had said that his outfit would support the SP-BSP alliance and that the Dalit vote should remain intact if BJP were to be defeated.

This time around however Chandrashekhar Azad is going to enter the election arena. He plans to play spoiler by cornering the Dalit votes, which went substantially into the BJP kitty in the 2017 Assembly elections. But this is unlikely to affect CM Yogi Adityanath’s election campaign.

Yogi Adityanath enjoys incredible popularity in Gorakhpur. He was elected for five consecutive terms from the Gorakhpur Lok Sabha seat in 1998, 1999, 2004, 2009 and 2014 general elections.

As a Lok Sabha MP, Yogi Adityanath used to constantly push for Gorakhpur’s development with better roads, reopening of fertiliser factories and development of other infrastructure. He is popular among all sections of the society in Gorakhpur and there is simply no stopping him during the Assembly polls.

The fact that there is no opposition solidarity further divides whatever vote share the opposition is able to garner and this further bolsters CM Yogi Adityanath’s position. Despite the Bhim Army chief’s announcement of contesting from Gorakhpur, CM Yogi faces no real challenge and is all set to head towards a cakewalk in the upcoming elections.