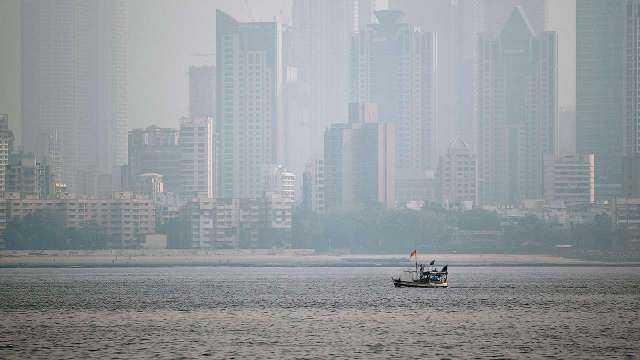 Haze mornings and nights are prevalent in India during this time of the year, while the western regions appear to be considerably clearer. However, according to a new research of area levels of air pollution conducted by the CSE (Centre for Science and Environment), accessibility to the coast has not aided in the control of rising air pollution in Mumbai, India’s metropolitan city. Considering the geological privileges and suitable meteorological, cold weather pollution levels in the western part of the country are not as significant as those in the northern parts due to its proximity to the water and greater airflow, the levels have been shown to be growing, according to the CSE analysis.


In other words, increasing air pollution is not restricted to winters but is now a yearlong problem in Mumbai too. “The number of bad-air days in Mumbai have doubled between 2019 and 2021, while good days are down by 20 per cent. This underscores the urgency of scaling up action across all sectors to prevent further worsening and to arrest the trend in this region,” executive director, research and advocacy, CSE, Anumita Roychowdhury said. This new analysis, released on Wednesday, of real time pollution data is part of CSE`s air quality tracker initiative and also has an assessment of annual and seasonal trends in PM2.5 concentration for the period January 1, 2019, to January 9, 2022.

This analysis is based on the real time data available from the current working air quality monitoring stations. Review of data availability from the automated monitoring stations in the region under the continuous ambient air quality monitoring stations (CAAQMS) programme of Central Pollution Control Board (CPCB) shows major data gaps. When it comes to data availability calculated as number of days with adequate PM2.5 data for computation of a valid 24-hour average, among Mumbai stations, Kurla in east-central Mumbai had only 55 per cent data while Malady (West) in north Mumbai came up with 68 per cent. “It is not clear why these stations have such poor data availability despite minimal problems of electricity and internet connectivity in the region,” said CSE`s programme manager, Urban Data Analytics Lab, Avikal Somvanshi.

Like other cities in Maharashtra and Gujarat, studied as part of the same analysis by CSE, Mumbai too has indicated a rising trend in annual PM2.5 levels after an initial drop during 2020 (when there were lockdowns) with a rebound and a rising trend visible in 2021. The CSE analysis to indicate that the numbers of bad-air quality days are increasing in Mumbai is supported with Air Quality Index (AQI) data. Daily AQI analysis based on 10 oldest stations shows a 20 per cent drop in the number of good AQI days in the city between 2019 and 2021 — while days with poor or very poor AQI have doubled.