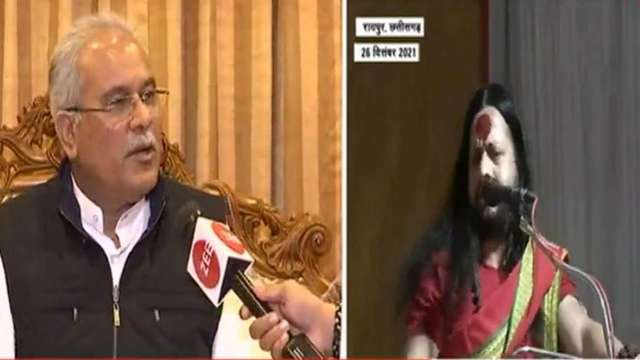 On the Kalicharan Maharaj incident, Baghel said, “BJP never condemned Kalicharan’s statement. But the party is questioning his arrest today. How could it have been known earlier in Dharma Sansad that someone would speak about Mahatma Gandhi like this? So when we got to know, we took action.” He also said that such a program was started by former BJP CM Raman Singh in Chhattisgarh.

The CM added, “we follow the path of Hindutva of Ramakrishna Paramahansa. Both BJP and RSS follow the ideology of Hitler and Mussolini. RSS’ half pants and dress have been a witness to this. Actually, these people are imported Hindus.”

On the other hand, on the question asked about the Malegaon case, Baghel said that he does not know much about the case.

When asked about the cost of vehicles of Prime Minister Narendra Modi’s convoy, Bhupesh Baghel said that there is so much poverty in the country and if the Prime Minister will roam in such an expensive car, questions will be asked.

On the question of Rahul Gandhi’s foreign tour, he said that only the Prime Minister is known for going abroad. He used to come to the country only during elections. There is a fear of COVID-19, otherwise the Prime Minister would also have been seen abroad.

Time Capsule: An attempt to protect the civilisation and the history of Bharatvarsha

Time Capsule: An attempt to protect the civilisation and the history of Bharatvarsha