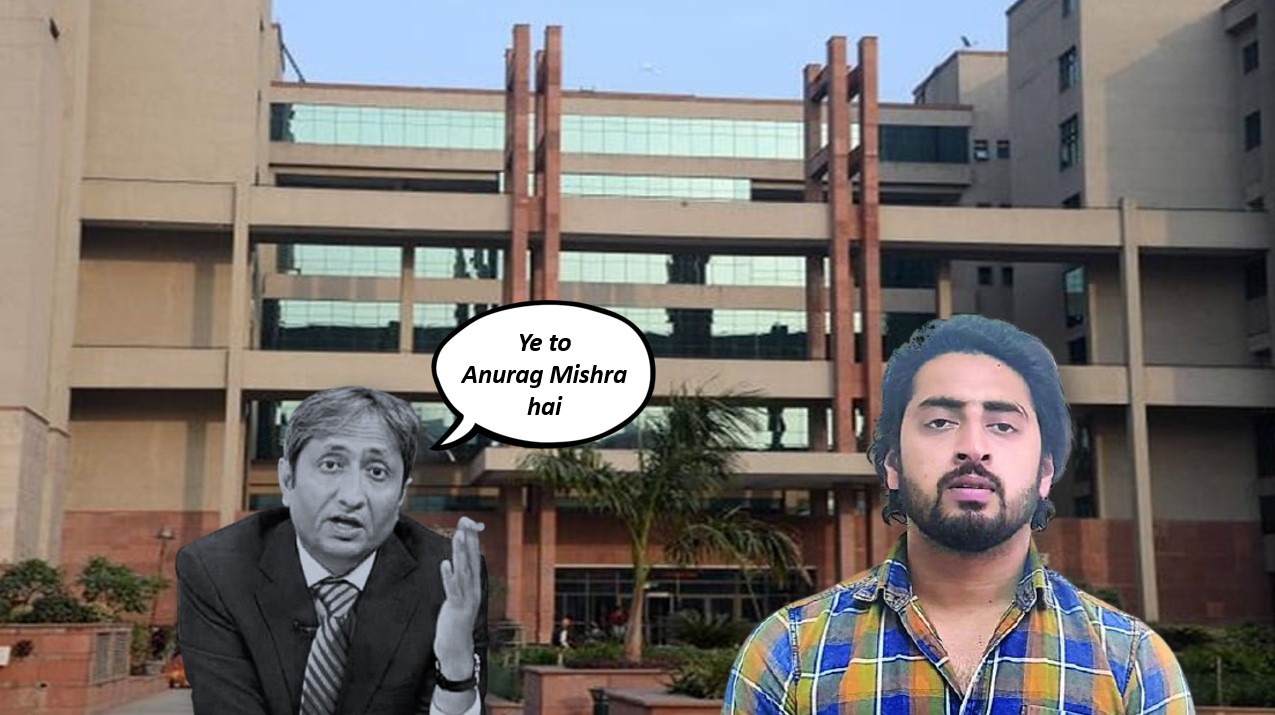 Ever since Islamists ran an anti-Hindu pogrom in Delhi, left-liberals like Ravish Kumar have been trying to frame Hindus for atrocities suffered by them. Now, the legal system of our country has exculpated Hindus and has incriminated Shahrukh Pathan (a person declared as Anurag Mishra by leftists).

Delhi court refuses to provide any mercy to ‘Anurag Mishra’:

A Delhi court has rejected hard-line Islamist Shahrukh Pathan’s plea to discharge him from tough judicial scrutiny of his transgression and rioting in the CAA-NRC riot in Delhi in early 2020.

He is currently locked up in jail on charges under sections 147 (rioting), 148 (Rioting, armed with a deadly weapon), 149 (unlawful assembly), 153­A (Promoting enmity between different groups on grounds of religion etc), 186 (Obstructing public servant in discharge of public functions), 188 (Disobedience to an order lawfully promulgated by a public servant) 307 (Attempt to murder), 353 (Assault or criminal force to deter public servant from discharge of his duty), 505 (Statements conducing to public mischief), 120­B (Criminal conspiracy) and 34 (common intention) of IPC along with Section 27 (Punishment for using arms, etc) of Arms Act.

In an interestingly foolish but remarkable move, Shahrukh has pleaded not guilty against all of the above charges and wants a fair trial for himself from the Indian judiciary.

Pathan tried to play a proper victim card by claiming that when he was pointing a gun towards Constable Deepak Dahiya, he did not intend to kill him. He also went on to claim that he was unaware of curfew under section 144 being imposed in the area where he was trying to upscale already worsened anti-Hindu riots.

The honourable judge did not take any nonsense from him and convicted his colleague:

Additional sessions judge Amitabh Rawat was in no mood to take any nonsense from Pathan and co. While laying out charges, he clearly stated “it was quite apparent that Pathan led a group of rioters, attempted on Dahiya’s life, obstructed and used criminal force on a public servant on February 24, 2020.” Not just Pathan, the judge also framed charges against four more accused, Kaleem Ahmad, Ishtiyak Malik, Shamim, and Abdul Shehzad, in the case.

Kaleem Ahmad, one of the five accused has been convicted under section 216 of the Indian penal code (IPC). He pleaded guilty to giving shelter to Shahrukh Pathan when his apprehensions were ordered by the police.

The framing comes as a huge boost in people’s trust towards otherwise left-dominated and mistrusted Indian intellectual space. The Delhi riots unmasked the true face of the international media with its selective reportage and condemnation of violence as they strive to add substance to the hollow claims of ‘Hindu Terror’.

Meanwhile, when India was getting defamed by international portals, the Indian left-liberal cabal decided to add fuel to the fire and started calling Delhi-riots an anti-Muslim one. In fact, Ravish Kumar, the star of left-liberal, Islamoleftist Lutyens’ media went to wrongly rename Shahrukh Pathan as Anurag Mishra.

People like Shahrukh Pathan are tumours of the country’s internal harmony. It’s better to tame before they develop into cancer. However, it will take humongous efforts to eliminate their sympathisers from our public space.