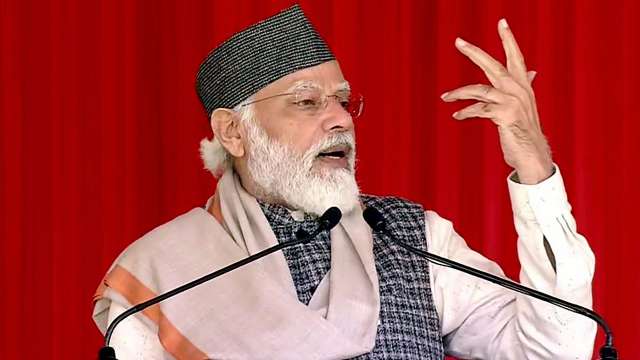 Launching another attack on the Opposition, Prime Minister Narendra Modi on Thursday said that the previous governments delayed the Lakhwar project in Uttarakhand and alleged that they looted the state with both hands.

He further alleged stating that it has been a permanent trademark of the previous political parties those who were in the government before, to hinder developmental projects.

“Uttarakhand has completed 20 years of its formation. In these years, you have also seen such people running the government who used to say -‘you may loot Uttarakhand, but save my government’. These people looted Uttarakhand with both hands,” he said during the inauguration of 23 projects worth over Rs 17,500 crore in Uttarakhand including Lakhwar project.

“It has been a permanent trademark of those who were in the govt before, to hinder developmental projects. Lakhwar Project, which started today, has the same history, it was first thought of in 1976. Today after 46 yrs, our government has laid the foundation stone for its work, delay in projects is nothing short of a crime” he added.

PM Modi on Thursday inaugurated and laid the foundation stone of 23 projects worth over Rs 17,500 crore in Uttarakhand.

Among the 23 projects, the foundation stone is being laid for 17 projects worth over Rs 14,100 crore.