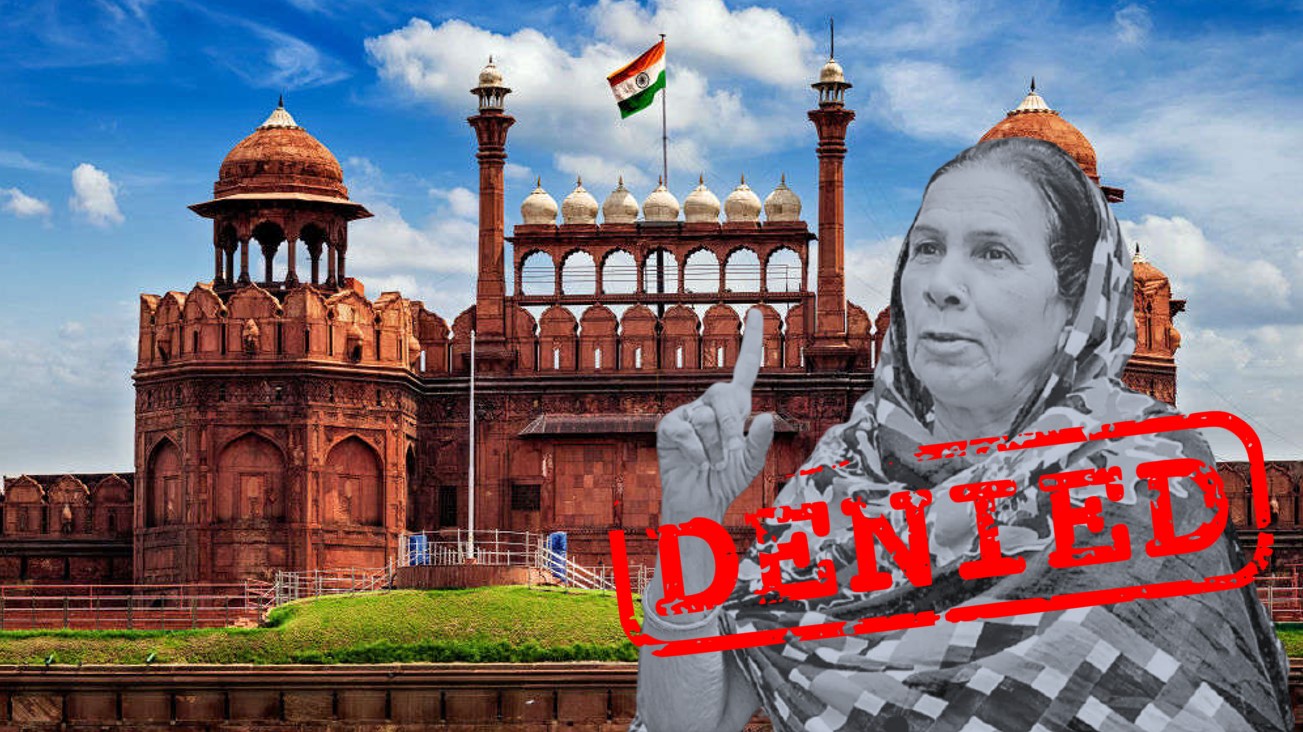 Mughal descendants have the tendency to bite the hand that feeds them. Despite being facilitated by the government in various sectors on the grounds of religion, they betray the country they reside in. One such descendent is Sultana Begum, the wife of Mirza Bedar Bakht (great-grandson of the last Mughal tyrant Bahadur Shah Zafar), who lives in Kolkata. The lady, in quite an imprudent move, had filed a petition claiming possession of the Red Fort. However, Delhi High Court, showing her the mirror, rejected the petition.

Delhi HC hits back at Sultana

The 68-year-old Sultana Begum, in her petition, filed through advocate Vivek, said that she is currently living in a slum area in Howrah, West Bengal in very unhygienic conditions. Claiming to be illiterate, she further told that her family was deprived of ancestral property, which was taken forcibly by the British East India Company in 1857, without any compensation.

In her plea, she also claimed that she was “the rightful owner of Red Fort as she inherited this property from her ancestor Bahadur Shah Zafar II the king of Delhi and the government of India is illegal occupants of such property.”

However, on Monday, the Delhi High Court rejected the petition. Justice Rekha Palli observed that the petitioner had not been able to give any “justifiable explanation” for filing her case after a delay of over 150 years.

She also questioned that why Ms Begum or other descendants of Bahadur Shah Zafar did not claim earlier. “Why was nothing filed in time? If her ancestors didn’t do it, can she do it now? What were you doing for all these years?”

The ungrateful Mughal descendent, who leaves no stone unturned in praising the tyrant in Bahadur Shah Zafar, earns a monthly pension of Rs. 6000, provided by the government.

Ms Begum, in her petition, has also revealed that said in 1960, a political pension was also granted to her husband as Mirza Muhammad Bedar Bakht was recognized by the government as the inheritor of the late Bahadur Shah Zafar. After Bedar Bakht died on May 22, 1980, Ms Begum was granted a political pension from August 1, 1980.

In a letter to Sonia Gandhi, Sultana Begum once even demanded a commission from national monuments’ revenue.  “The Union government earns crores of rupees from such places (Mughal buildings) per year in entry fee from visitors. But, descendants of actual owners of these properties are deprived of any compensation and are left to starve.”

Though there are hundreds of descendants of Hindu Kingdoms of the past still alive and are not getting any pension by the Government, it is descendants of the tyrant Mughals who are being given special treatment. On what constitutional grounds exactly is the government giving them pensions?

Despite left-liberals and ‘distorians’ efforts to brainwash generations of Hindus into believing that Mughals enriched India, facts remain unchanged. One such fact is India’s wealth stagnated greatly under Mughals. The tyrants looted lakhs of Hindu temples, plundered Hindu universities and institutions, tortured countless Hindus, and took away trillions of dollars of wealth to their native lands.

Mamata to the rescue

Mamata’s anti-Hindu pogrom may be getting highlighted only now due to the post-election violence against Hindus in Bengal, but her deep hatred for Hindus has been brewing for decades. In 2004, Mamata Banerjee visited Sultana Begum’s family, and presented them with Rs 50,000/- worth of money as a ‘token of help’. She further upped her game, when she gave away a group D Railway’s job to Sultana’s granddaughter, Roshan Ara, purely based on appeasement.

Sultana Begum, who considers Mamata Banerjee as some sort of a messiah, expressed her gratitude for “reaching out to Bahadur Shah Zafar’s family”.

“Didi is a compassionate person and I trusted her words. In the past 150 year, no politician has taken up a concrete step to bail the family out of poverty. We are indebted to Didi for reaching out to Bahadur Shah Zafar’s family.”

However, Indians are wakening up to the reality of Mughal tyrants who plundered the Hindus’ wealth, massacred scores of people, destroyed lakhs of temples, and many atrocious campaigns against Hindus.

Mughal descendants, despite living in India and encashing all the facilities, are betraying it and that too, for all the wrong reasons. The day they will begin considering the nation as their motherland will be the day when the true meaning of secularism will be defined.