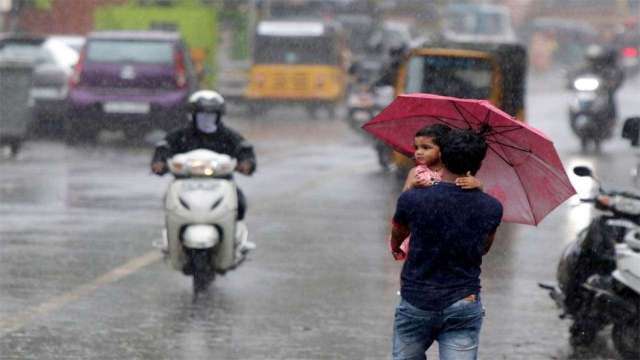 The unending monsoons in India are still continuing, days after Cyclone Jawad has weakened into a depression.  In the latest weather forecast, the Indian Meteorological Department (IMD) has issued a rainfall alert in several southern states.

IMD, in its latest forecast, has said that light to moderate rains are expected in several parts of southern India, including Andhra Pradesh, Yanam, Rayalaseema, Tamil Nadu, Puducherry and Karaikal, and Kerala and Mahe. The rains are expected to last for the next five days.

The rains in south India for the next five days are expected to be scattered and isolated. IMD further said that south interior Karnataka and Telangana can expect light rains for the next two days. Isolated and very heavy rainfall can be expected in Tamil Nadu.

Though southern India is witnessing more than its fair share of rainfall, dry weather is likely to persist in the northern regions of the country. IMD said in its forecast that most parts of northwest and central India are expected to experience dry weather and no temperature drop.

Apart from this, dense fog and low visibility can be expected for the next 24 hours in isolated pockets of northeastern states Assam, Meghalaya, Mizoram, and Tripura. The dense fog will dissolve into moderate after one day, according to the weather agency.

Monsoons have been brutal for several parts of India over the past couple of months, with heavy floods and landslides experienced in Karnataka, Andhra Pradesh, Tamil Nadu, and Uttarakhand earlier this year. West Bengal had also received a significant amount of rain in the past few months.