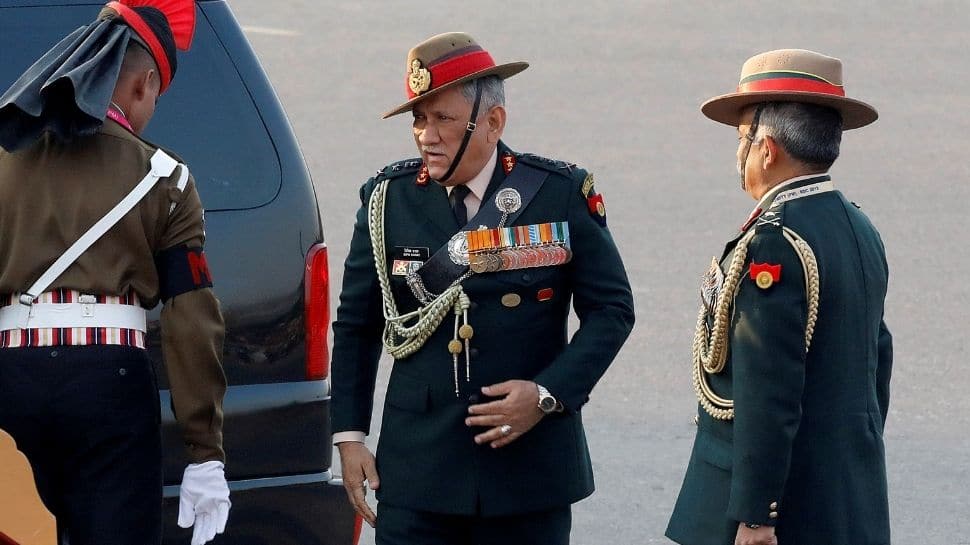 New Delhi: Chinese state media has slammed a conspiracy theory over the helicopter crash that killed India’s Chief of Defence Staff General Bipin Rawat and 12 others. “The crash of a helicopter with General Bipin Rawat, India’s highest-ranking military officer, on board was unfortunate. But Brahma Chellaney, a so-called scholar in India, took advantage of this misfortune, despicably, by attempting to cause new tensions in China-India ties,” the Global Times said in a reported.

Following the crash on Wednesday (December 8), Chellaney, a Delhi-based author and commentator, had tweeted: “At a time when China’s 20-month-long border aggression has resulted in a warlike situation along the Himalayan front, the tragic death of India’s chief of defense staff, Gen. Rawat, his wife and 11 other military personnel in a helicopter crash couldn’t have come at a worse time.” His Twitter thread read on, “General Rawat’s death has an eerie parallel with the helicopter crash in early 2020 that killed Taiwan`s chief of general staff, Gen. Shen Yi-ming, and seven others, including two major generals. Each helicopter crash eliminated a key figure in the defense against PRC`s aggression.”

But then he added, “The strange parallel doesn’t mean there was any connection between the two helicopter crashes or an outside hand. If anything, each crash has raised important internal questions, especially about maintenance of military helicopters transporting top generals.”

The Global Times report went on to say that “Chellaney’s thread cannot be more ridiculous. Rawat was not on a Chinese aircraft. The helicopter did not crash anywhere near the China-India border, but in southern India. Chellaney, however, wasted no time in spinning his conspiracy theory”.

The crash immediately caused shockwaves not only in India but also in the world, as it is rare to witness such a grave accident, which claimed the life of a top military officer, it said. Observers are analysing what went wrong. Some say it could be a mechanical failure; others say it was a human error or it was weather-related, the report added.

However, the China state media did not lose an opportunity to comment on India’s military even during this unfortunate time of General Rawat`s death.  Attacking Indian military prowess, the Global Times said, “The capability of India`s military equipment is not as impressive as the country has been boasting.

“India’ defence manufacturing sector has very limited capability. It can make components of arms and some weapons at home, but most of its military equipment is imported and assembled in India. Its locally produced weapons are mostly modelled on arms from other countries. That being said, there are often hidden dangers when the arms come into actual use,” it added. “Chellaney and other radical Indians should be reminded that it was India`s own military helicopter that failed to protect their defense chief. The probability of such an accident is extremely low, yet it did occur in India. This means the biggest enemy of India is not China, but its own backwardness.”

“Some military equipment is quite old and outdated but still in service. These show that India`s overall military capacity is worrisome,” Song Zhongping, a Chinese military expert, told the Global Times.