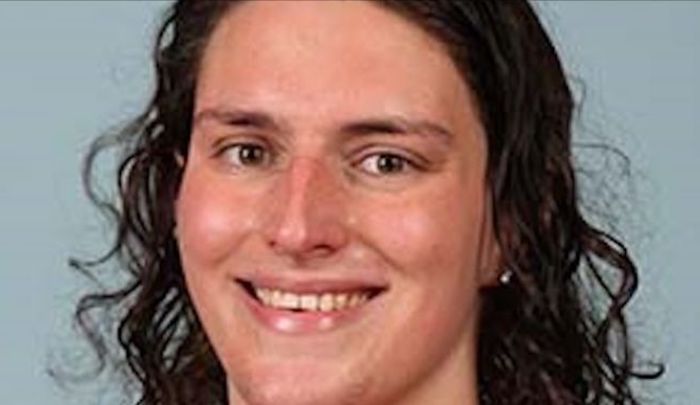 My latest in PJ Media:

The authoritarian Left demands absolute conformity to its beliefs, no matter how absurd they are, and harshly punishes those who dare to step out of line. And so, everyone who sees transgender UPenn swimmer Lia Thomas smashing records that were set by human beings who were actually born female is supposed to applaud happily and exclaim, “You go, girl!” Those whose applause is less than enthusiastic face personal and professional ruin as “transphobic” bigots who have no place in our modern, diverse, multicultural paradise. Those are the rules, and everyone knows them. But as in all totalitarian dystopias, much of the applause and support is less than wholehearted, motivated by fear of the consequences of dissent.

Behind the façade of joy and pride in Thomas’ accomplishments is growing discontent with the devaluation of women’s athletics that the participation of men who are pretending to be women has brought about. One UPenn swimmer, who is remaining anonymous for obvious reasons, revealed Thursday that “pretty much everyone individually has spoken to our coaches about not liking this. Our coach [Mike Schnur] just really likes winning. He’s like most coaches. I think secretly everyone just knows it’s the wrong thing to do. When the whole team is together, we have to be like, ‘Oh my gosh, go Lia, that’s great, you’re amazing.’ It’s very fake.”

According to OutKick, “friction has been building within the team” over Thomas’ presence and shattering of female records. On Friday, Thomas broke the Ivy League 500 freestyle record, and then on Saturday, he (sorry, I’m not playing the Left’s ridiculous pronoun game) set a new record in the 200 freestyle. OutKick also noted that, “in the 1650 freestyle final, Thomas didn’t just win and set new program, pool, and meet records. It was total annihilation. Penn’s Anna Kalandadze finished in second place — 38 seconds behind Thomas.”

Thomas’ outspoken teammate put all this in context: “The Ivy League is not a fast league for swimming, so that’s why it’s particularly ridiculous that we could potentially have an NCAA champion. That’s unheard of coming from the Ivy League. On paper, if Lia Thomas gets back down to Will Thomas’ best times, those numbers are female world records. Faster than all the times Katie Ledecky went in college. Faster than any other Olympian you can think of. His times in three events are [female] world records.”

The NCAA has rules for this sort of thing: “A trans female treated with testosterone suppression medication may continue to compete on a men’s team but may not compete on a women’s team without changing it to a mixed team status until completing one year of testosterone suppression treatment.” This directive is relatively newly minted, and Thomas’ teammate doesn’t think it’s adequate to address the problem: “One year doesn’t mean anything. What about the years of puberty as a male, the male growth you went through as a man?”